On 17-18 November the capital city of Bulgaria hosted the Central Europe Chiefs of Defence Conference. The conference of Central European command senior enlisted leaders also took place in Sofia, on 17 November. The participants of both conferences emphasized the need for close cooperation and the importance of continuous exchange of information. 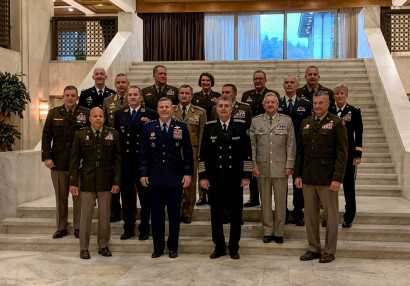 The conference took place with the participation of chiefs of defence from eight countries and General Tod D. Wolters, Commander, U.S. European Command. The military leaders from Bulgaria, the Czech Republic, Croatia, Hungary, Poland, Slovakia, Slovenia and Romania coordinated their standpoints on several key topics. The agenda included regional security challenges, mainly the fragile stability of the Western Balkans and the potential security responses to it, the transformation of forces to achieve interoperability, the lessons learned and the results of Exercise Defender Europe 2021 as well as joint multinational training programs and exercises of the participating countries. 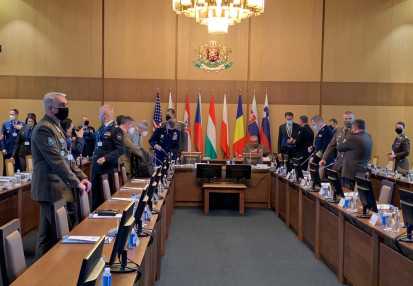 Lieutenant General Romulusz Ruszin-Szendi PhD said that the questionable state of stability in the Western Balkans continues to pose the biggest threat to the security of Hungary and our neighboring region. “The mass illegal migration has a direct effect on Hungary’s security. The tense situation emerging on the borders of Latvia, Lithuania and Poland well illustrates the point that our adversaries may use illegal migration as a hybrid means against Europe”, underlined the commander of the Hungarian Defence Forces.

The Chiefs of Defence stood by guaranteeing common security and defence, and agreed that they would lay even more emphasis on the efficiency of capability development in the future.

During the discussion, the participating countries coordinated their positions on topics concerning NCO training. The presiding chairman of the conference was Chief Master Sergeant Philip L. Easton, CSEL USEUCOM. The countries’ representatives reported on the development of their NCO training. 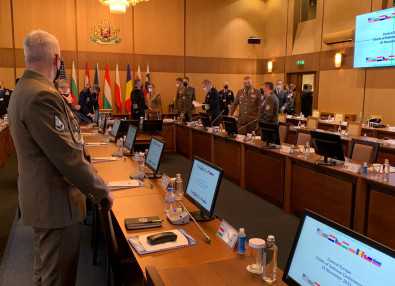 CSM Zoltán Kaszab delivered a lecture at the conference, in which he informed the participants about the codification and operational issues of Hungarian NCO training, the creation of related scopes of responsibility and the running of the training program.

CSM Kaszab introduced them to the complex system of NCO–officer relations and to the future plans and steps of NCO training. CSM Kaszab also talked about the modern training development projects implemented in the currently ongoing large-scale National Defence and Armed Forces Development program. “A professional force always needs a well-trained NCO Corps. The NCOs provide the backbone of the armed forces, since they have a direct effect on the enlisted personnel and support the officers’ work. It is indispensable that their training run on a level parallel with the modernization of the armed forces at all times”, underlined CSM Kaszab.

At the close of both meetings, the representatives of participating countries reaffirmed their commitment to addressing the discussed challenges in close cooperation and by making joint efforts in the future, too. 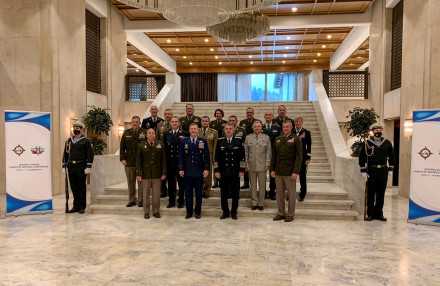