“NATO is a defensive alliance”

As Chair of the Military Committee, Admiral Rob Bauer (NLD N) is the principal military adviser to the Secretary General as well as provides military advice to the North Atlantic Council on behalf of the NATO Chiefs of Defence Staff. He also directs the Military Committee (NATO’s highest military authority), acts on its behalf and is the Committee’s spokesperson and representative. He started his assignment on 25 June 2021, and payed an official visit to Hungary in 8-9. March 2022.

Is there a main difference between being the Chief of Defence of the Netherlands or the Chair of the Military Committee in terms of military leadership?

I would say the main difference is that as CHOD, I was responsible for about 60.000 people, Dutch men and women in uniform. As Chair of the Military Committee, I may be the highest-ranking military officer in NATO, but I am also the boss of no one. As Chair, I act as a catalyst between NATO’s military leaders and strive to unify north, south, east and west, large and small. My role is now much more based on influence, not power. It is about adding value to the work of others. That takes time to establish such a position. I hold a gavel, not a hammer. 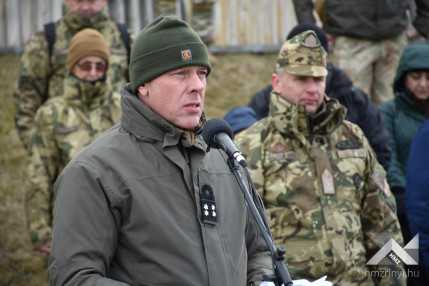 What kind of concerns are being addressed by the nations regarding the ongoing UKR-RUS conflict?

NATO is a defensive alliance. We will always do what is necessary to protect and defend all Allies. Russia’s unprovoked and unjustified invasion of Ukraine poses the gravest threat to Euro-Atlantic security in decades. Of course, this has severe implications for Euro-Atlantic security and our collective defence. Naturally, also those nations geographically closest to Russia are increasingly concerned. But we can ensure that NATO stands by Article 5, that we are ready to defend every inch of the Alliance and that an attack on one Ally will be considered an attack on all.

What are the most important decisions of NATO for military follow-up, in connection with UKR-RUS crisis?

In response to the Russian invasion of Ukraine, NATO has taken a number of measures to increase its readiness and vigilance. Allies have deployed thousands more troops to the eastern, central and south-eastern part of the Alliance and placed more on standby. The number of troops under command of SACEUR has now increased ten times. In addition, we have over 100 jets at high alert or in the air and there are more than 120 Allied ships at sea, from the High North to the Mediterranean. We have also deployed elements of the NATO Response Force. This shows that we have adopted a robust and capable deterring military posture that can also be transformed into a military posture to defend. And this will be the question/decision for the short term.

For the long term, we have to determine what will be necessary and sustainable, because this new reality will likely be with us for a longer time. How can we ensure that we have a credible deterrent in place for future challenges? These are important questions that have our full attention.

Does the UKR-RUS situation change NATO’s thinking and needs?

From a military point of view, it is part of our procedures to prepare for all possible scenarios. Always expect the unexpected. Intelligence services across the Alliance have warned us for a longer period about the increasing Russian aggression, and they were right. The biggest change so far I see, is a steep increase in the speed of our decision-making on the military level as well as on the political level. We are more united, stronger, faster and readier than ever. Another change I see is that societies across the Alliance are much more acutely aware of the Russian threat. There is a bigger understanding for the need of collective defence. That now leads to more and more nations deciding to increase Defence spending to 2% of their GDP. 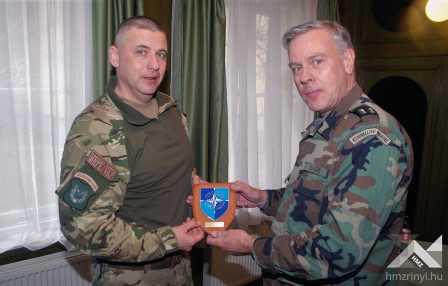 What sort of future missions do you see for NRF?

The NRF is a multinational, multicomponent force that is rapidly deployable. It is made up of land, air, maritime and Special Operations Forces components. The NRF’s purpose is to have a rapid military response to an emerging crisis. It is a historical decision that for the first time in the Alliance’ history, the NRF forces have been deployed in a collective defence context.

But the NRF also has the capacities to provide protection to critical infrastructure, perform peace-support operations, and support disaster relief. These could all be potential future missions or potential deployments for the NRF. The most important thing is to be ready, prepared and always expect the unexpected.

What will be an effective NATO in the future? The enlargement is still the way to go or a better cohesion among the member nations?

The current crisis definitely shows that NATO is more united than ever. We liaise closely with our partners and stand by NATO’s Open Door Policy. Every country has the right to choose its own path.

Finding consensus at thirty allies is hard work. But at the end of the day, this is the only place in the world where both the political and the military level get together on a daily basis to discuss what they can do and not what they can’t do. 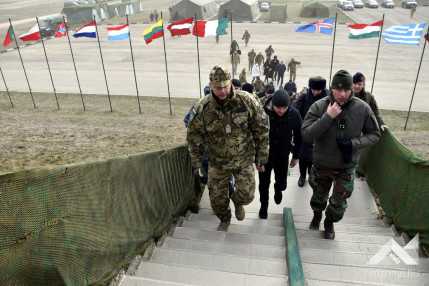 How do you see the transformation/modernisation of the Hungarian Defence Forces through the eyes of a NATO official?

I strongly welcome the modernisation efforts of Hungarian Defence Forces and the aim to reach the 2% defence spending by 2024. Having well-functioning, well-trained National Defence Forces, with adequate/ appropriate equipment and efficient decision-making structures is essential for Hungary’s defence. This not only helps Hungary but is also an important contribution for NATO and Euro-Atlantic security. During my visit here, I saw with my own eyes the dedication and professionalism of the Hungarian Defence Forces. I am proud that they are a part of our band of brothers and sisters that consists of 3.2 million men and women in uniform. 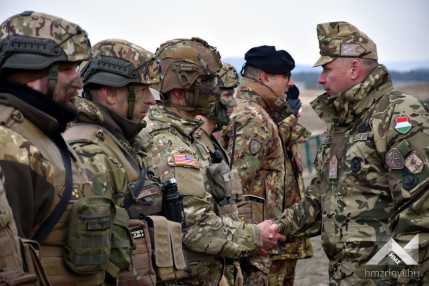 “Hungary is a committed ally”