Besides current issues in security policy, those in defence cooperation as well as the defence industry developments were also among the topics during a visit to the United States by Government Commissioner for Defence Development Dr. Gáspár Maróth and Commander of Hungarian Defence Forces Lieutenant General Romulusz Ruszin-Szendi PhD. 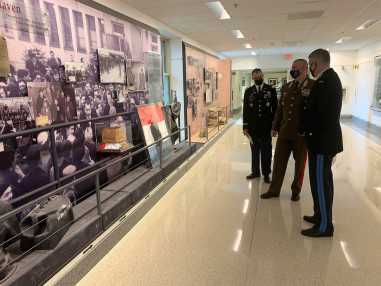 Hungary’s Government Commissioner for Defence Development Gáspár Maróth had discussions with Under Secretary of Defense for Acquisition and Sustainment of the US Department of Defense Gregory M. Kausner in Washington DC. After the meeting, the government commissioner said that they had discussed the development of a common strategy on industry development to offset the industry’s dependence on China in the framework of the NATO alliance. Gáspár Maróth said that the American side had spoken highly of the Hungarian armed forces development program and its achievements, as they can see that the capabilities Hungary is developing will be crucial for all European members of NATO. 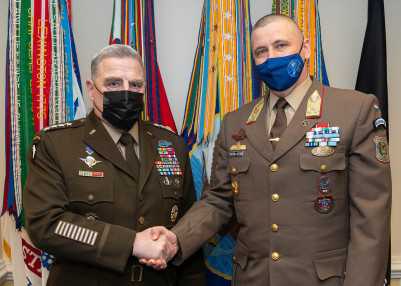 At the meeting, the two sides also discussed the operations in which Hungarian and American troops are being co-deployed, in particular the peace operation missions in the Balkans and Iraq, as well as the partnership activities with the Ohio National Guard. Speaking about the latter, the commander of the Hungarian Defence Forces highlighted that the about 300 joint training events conducted in the last three decades or so in the framework of partnership with the Ohio National Guard have greatly contributed not only to the capability development of the Hungarian Defence Forces but also to the security of our region.

Further topics of the discussion included the Defense Cooperation Agreement concluded between the two countries last year, of which Lieutenant General Romulusz Ruszin-Szendi said that we consider it an important cornerstone of the strategic approach and the bilateral relations. Besides the above, during the meeting the two sides also discussed the areas for further expanding the scope of cooperation between the special forces, as well as in education and training.

During his visit to the USA, the commander of the Hungarian Defence Forces also met with Hungarian Ambassador to Washington Szabolcs Takács and Hungary’s Ambassador to the UN Dr. Zsuzsanna Horváth, with whom he discussed the preparations for the UN Chiefs of Defence Conference to be held in June. 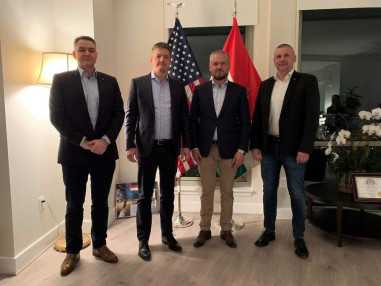 During the visit, the Hungarian delegation was introduced to the latest defence industry development projects for the US Department of Defense. As part of it, the delegation took part in a live fire demonstration of the GMLRS-U rocket on White Sands Missile Range, New Mexico.

Beyond the above, Gáspár Maróth and Lieutenant General Romulusz Ruszin-Szendi met with representatives of the Hungarian diaspore in Buffalo, and conversed with them, among others, about the possibilities of developing the Hungarian Army Cadet Program, because the local Hungarian entrepreneurs have provided opportunity for thousands of Hungarian students to study in the United States in recent years. 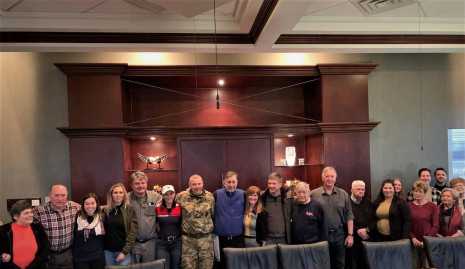