The Hungarian and the French defence policy directors recently meet in Paris to discuss the future of European defence, current issues in defence policy and the possibilities for developing bilateral relations. 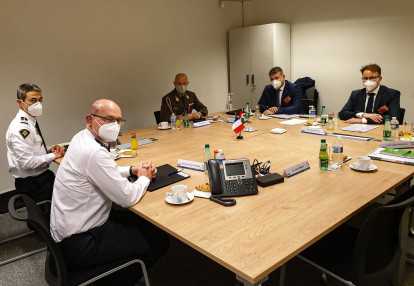 Meetings at defence policy director level between France and Hungary have taken place annually since 2019, in the interest of strengthening the strategic dialogue between the two countries. However, the present meeting was given special emphasis, among others because France has been holding the presidency of the Council of the European Union since 1 January 2022.

Providing support for European defence, for an EU that is more agile in its immediate neighborhood and also for the initiatives aimed at promoting it are emphatic elements in the defence policies of both countries. Holding the presidency of the Council of the European Union, France also has a stake in the endorsement by the Council of the Strategic Compass in March, which will define the strategic goals and objectives of European defence for the next 5-10 years – and Hungary also supports this endorsement. Hungary, too has actively contributed to the implementation of the goals set out in the document through submitting a number of important proposals, especially in issues related to capability development. 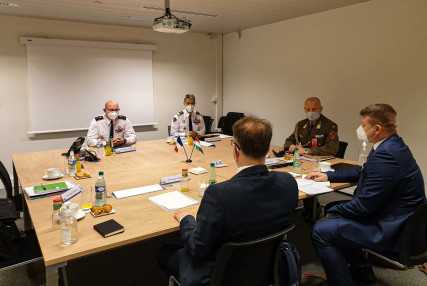 In addition, the topics on the agenda of the meeting included the increasingly tense Russia–Ukraine relations, the maintenance of the assumed role in Iraq, France’s strategy used in the Sahel, as well as the planned Hungarian role in the activities of the French-led Takuba Task Force.

In the spirit of strategic solidarity, the two sides highlighted that Hungary is planning its participation in Operation Takuba based on parliamentary authorization, and France is supporting the stabilization of the Western Balkans, a region which is of key importance for Hungary’s security. One element of this is the French reinforcement of EUFOR’s Operation Althea in Bosnia-Herzegovina.

On the margins of the discussions, the two sides signed a bilateral Hungarian–French cooperation plan to form the basis for continuing cooperation, which has significantly strengthened in recent years.