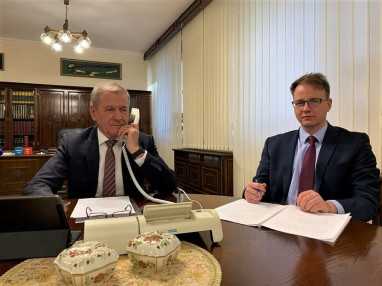 During the conversation initiated by the French side, the two ministers discussed the political and military developments of Operation Takuba, whose forces are stationed in the region of Mali. As it is known, based on a decision made by the Hungarian parliament and after the finalization of the relevant preparatory processes, Hungary is going to join Operation Takuba, which is currently being conducted in the region of Mali and Niger.

While on the phone, Tibor Benkő pointed out that Hungary is committed to supporting the international cooperation against terrorism, and also to managing crises where they emerge. The minister of defence also underlined that the National Assembly has given the Hungarian Defence Forces a clear mandate, in the framework of which the pre-deployment training is already underway. He went on reaffirming that the intensive contact and information exchange with the French side continues to be a central element of the ongoing preparations for our participation in Operation Takuba.