Hungary and the United Kingdom consider it very important to preserve the stability and security of the Western Balkans, which also has a prominent role in Hungarian–British cooperation. Among other things, this topic was on the agenda for discussion between Air Chief Marshal Sir Stuart Peach, the British Prime Minister’s Special Envoy and Defence Minister Tibor Benkő. 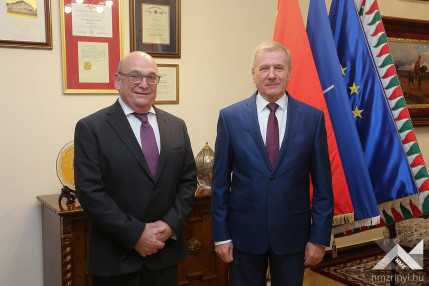 Sir Stuart Peach arrived in Hungary to attend an international conference on the Western Balkans, organized by the Institute for Foreign Affairs and Trade. During his visit, in the morning of 25 February he met with the Minister of Defence of Hungary. The British Air Marshal was appointed the UK Prime Minister’s Special Envoy to the Western Balkans in December 2021.

At the beginning of the discussion, the special envoy inquired about the current situation on the eastern border. Tibor Benkő pointed out that Hungary is executing its tasks in a time-proportional manner, in accordance with NATO’s advance plans. The Hungarian people are not in danger in the present situation. The citizens of the country do not have anything to worry about, as the emerging situation does not affect their everyday life. The redeployment of forces to the eastern part of the country has begun, and, in conjunction with the Ministry of the Interior, the Hungarian Defence Forces are ready to receive refugees on the Hungarian–Ukrainian border and to deal with any armed forces drifting across it. 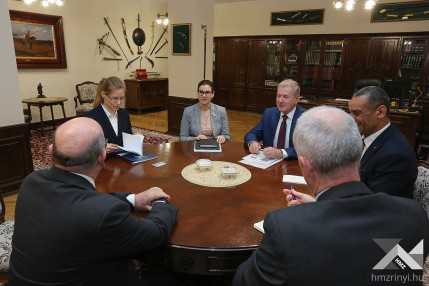 During the discussion, Tibor Benkő and Sir Stuart Peach agreed that despite the Ukrainian crisis, we should not forget about the Western Balkans. As the security and stability of the region remain fragile, we must direct even more attention to it in the present situation. This is because the region is struggling with several challenges that may easily exacerbate into a security crisis. Of the countries of the region, it is in Bosnia-Herzegovina where the situation is the most critical according to the special envoy, because in his assessment, the country is going through its deepest political crisis since the conclusion of the Dayton Agreement.

Besides Bosnia-Herzegovina, Sir Stuart Peach also spoke about his fears about the potential deterioration of Serbian–Kosovan relations. As he explained, at present the most urgent task in this context is to find, in the shortest time possible, a solution for the participation of the Serb residents of North Kosovo in the 3 April Serbian elections that would be satisfying for both sides. Insofar as this does not succeed, passions may run high again between the Serbian and the Kosovan sides, which would present the KFOR operation in Kosovo with a serious additional task. 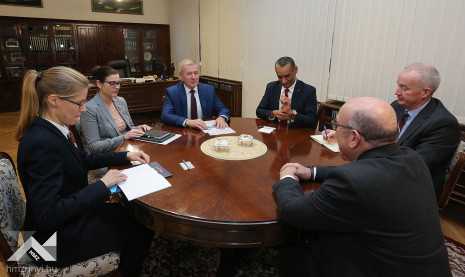 In his answer, Tibor Benkő emphasized that he agrees with the special envoy’s assessment of the Western Balkans situation, and also with his remark that besides Ukraine, we should keep paying special attention to the Western Balkans as well. Accordingly, Hungary continues to prioritize its contribution to the peace and stability of the region.

“We are planning to maintain a significant troop level in KFOR, and would also like to increase our engagement in Operation EUFOR Althea”, said Tibor Benkő. 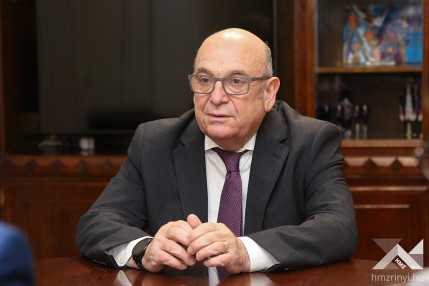 Sir Stuart Peach also inquired about the Headquarters Multinational Division-Centre (HQ MND-C). In his answer, the Hungarian minister pointed out that another six nations have joined this NATO command element apart from the three founding countries. During his January visit, British Secretary of State for Defence Ben Wallace also signaled his country’s intention to join the organization.

At the end of the meeting, Tibor Benkő expressed his appreciation for Sir Stuart Peach’s outstanding professional work regarding the Western Balkans. 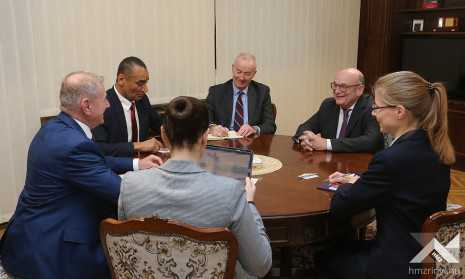