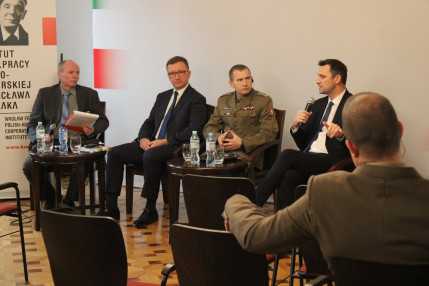 In his lecture, the ministerial commissioner said that an innovation system is currently under development in Hungary that primarily serves national interests (support to the modernization of the Hungarian Defence Forces), but at once seeks close cooperation with NATO’s Defence Innovation Accelerator for the North Atlantic (DIANA) and also with global centers of innovation. Brigadier General Dr. Imre Porkoláb informed the participants of the conference about the changes that had taken place in the Ministry of Defence and the Hungarian Defence Forces in the second half of 2022, and the task system of the newly established innovation organizations. It was the presentation of the focus areas and modernization (procurements of equipment), as well as innovation (the novel use of equipment in warfare) that aroused the greatest interest. In connection with that, the ministerial commissioner for defence innovation answered several questions as well.

At the conference, it was stated that an essential element in Hungary’s armed forces development program is the creation of combat-worthy and strong armed forces which meet NATO’s concept for deterrence and is able to guarantee peace and the citizens’ security. Since the outbreak of the Russo-Ukrainian War, security is one of the most important values in our country. To be able to maintain it, we must strengthen our national defence in all its segments, and this aim is served by one of the most significant armed forces development programs in Central Europe.

Starting from the mid-2010s, both Poland and Hungary started the wide-scale modernization and expansion of their armed forces. In consequence of the direct Russian armed attack against Ukraine, over the past few months these armed forces development programs further expanded and gathered pace, while becoming one of the topical issues in our days on the level of society. From a professional viewpoint, this issue holds all the more interest because although both Poland and Hungary are NATO member states and their modernization concepts overlap to some extent, the Polish and Hungarian armed forces development plans and programs differ in several aspects. The conference undertook to explore these parallels and differences.

Gáspár Keresztes from the Wacław Felczak Polish–Hungarian Cooperation Institute – which deals with strengthening the relations between the two countries –, the organizer of the event said that their main objective was to further deepen the Polish–Hungarian relations along military lines, and to mutually provide each side with a picture of the armed forces development program of the other country.

In answer to our question, Ábel János Újhelyi (Mathias Corvinus Collegium – MCC), a research scholar at Felczak Institute, the other main organizer of the event told us that the year 2014 had played a significant role in the armed forces development programs of both Poland and Hungary. On the one hand, this was the year when Russia invaded the Crimean Peninsula, while NATO leaders at the Wales Summit reaffirmed their commitment to achieving that all member countries spend 2% of their GDP on defence until 2024. Among the parallels, it should be mentioned that both countries have drawn the military lessons from the Russo-Ukrainian conflict, and they show up in the development of the armed forces as well. For example, the role of deploying artillery and drones has risen to prominence, and the direction of developing the armored forces has gained more importance (in the form of modern tanks and infantry fighting vehicles). Both countries give priority to increasing the personnel numbers of their armed forces, to the use of Western technology in replacing the earlier Eastern orientation and dependence, and the development of capabilities. Another important aspect is that the two nations should give preference to domestic defence industry to the greatest possible extent. 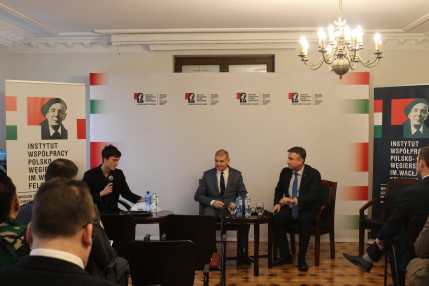 Speaking about the main differences, Ábel János Újhelyi noted that the development program of the Polish armed forces had been launched in 2014, three years earlier than the Hungarian one, but it got off to a slow start. However, last year the procurement of equipment had been accelerated by the outbreak of the Russo-Ukrainian War. It is enough to think of their agreement concluded with South Korea in the summer, under which they order a great many tanks, self-propelled guns and light fighter jets from the Asian country. Due to the size of their state and armed forces, the Poles evidently contemplate larger numbers. (For example, they placed an order for 180 K2 tanks, and this number would go up to 980 by the end of the manufacturing process to be launched on a domestic platform.) While Hungary concluded agreements mainly with Germany, Turkey and Israel, the main partners of the Poles are the United States of America and the previously mentioned South Korea.

It was stated at the conference that it would be worth increasing cooperation between the two countries in the fields of defence industry and the preservation of common Polish–Hungarian historical traditions. Beyond this, several participants called for considering the possibilities for joint military exercises and training, as well as the exchange of experiences among military and civilian experts. 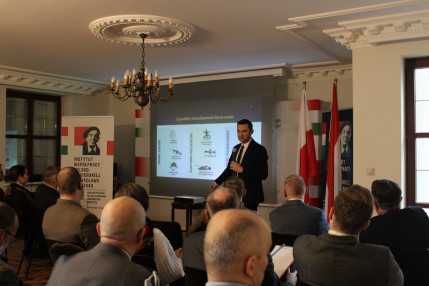 Besides Polish, Hungarian and international defence industry subject matter experts, the the event attracting great media attention was attended by diplomatic representatives and military attachés from several countries (among others the USA, Finland, the Czech Republic, Slovakia, Moldova, Indonesia, South Korea, Serbia, Iran) as well as by a significant number of experts and analyists. 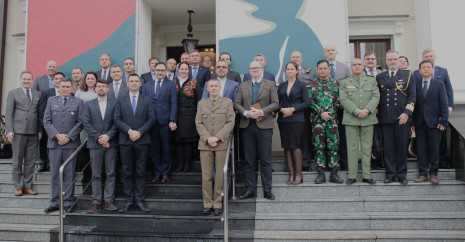 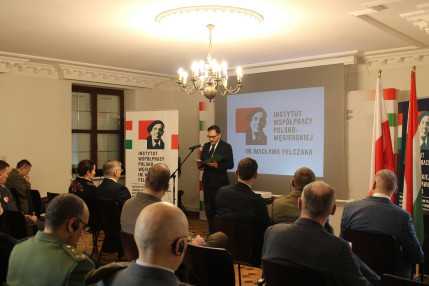 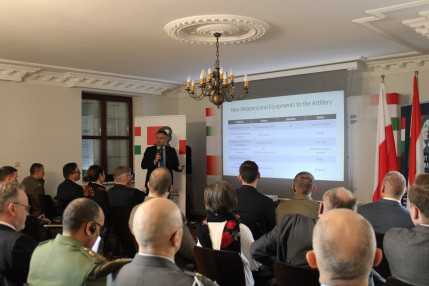 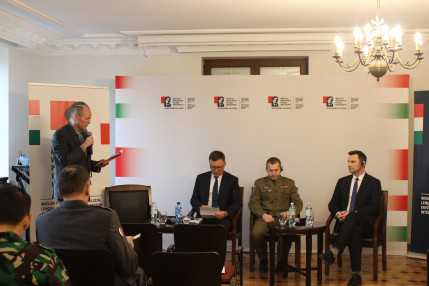 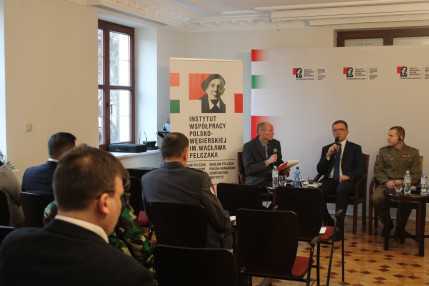 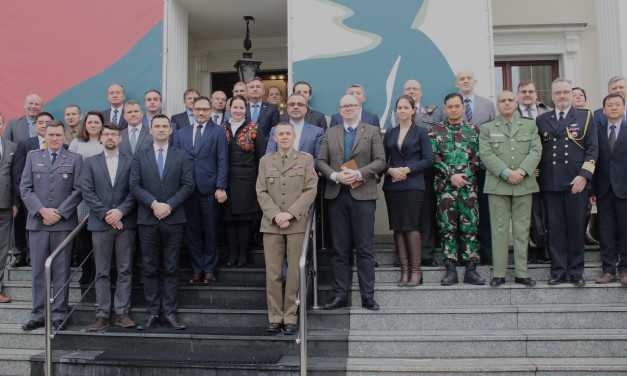 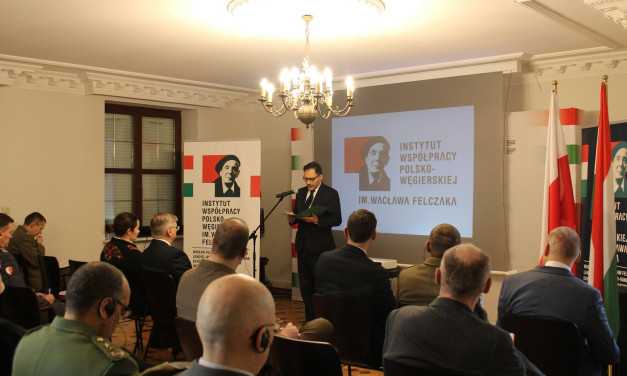 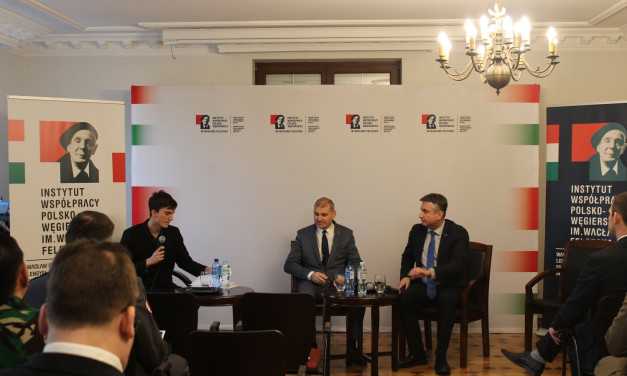 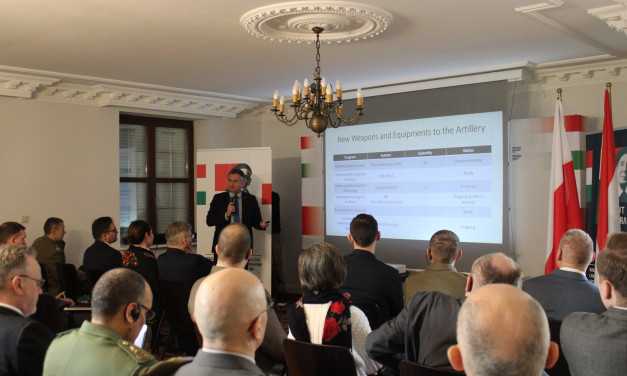 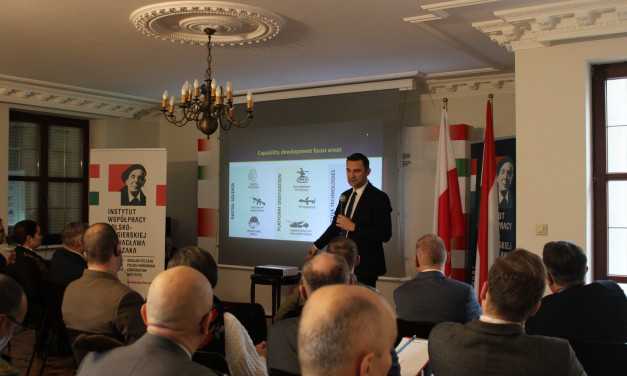 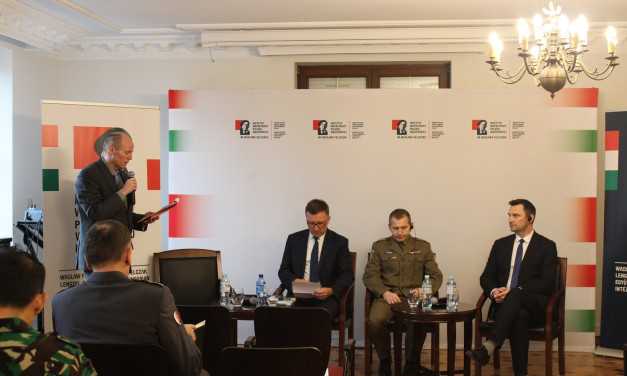 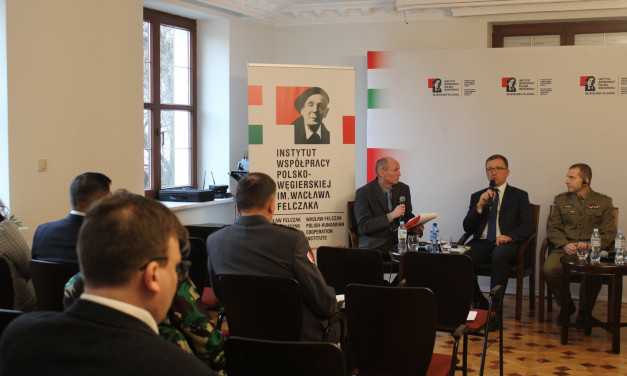 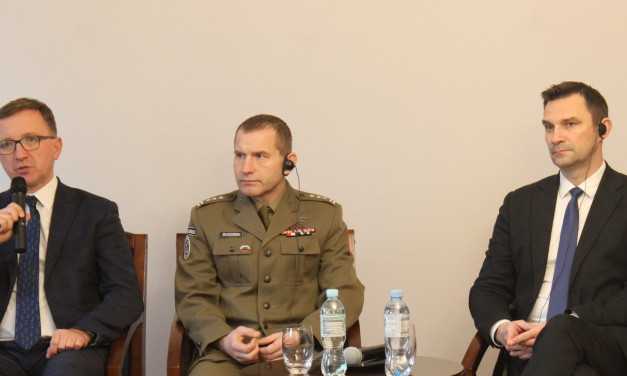 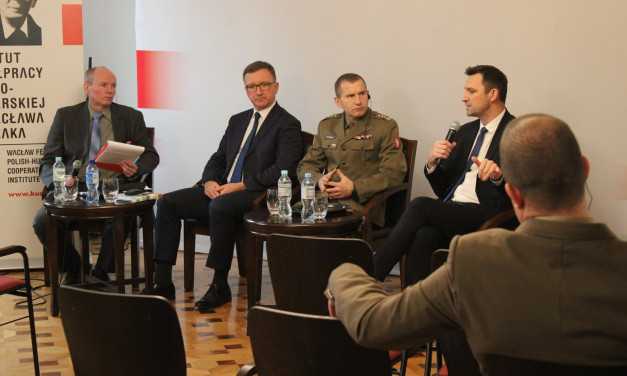 Kristóf Szalay-Bobrovniczky: Peace is of the utmost importance for Hungary and Serbia
Hungarian Chief of Defence gives presentation at International Armoured Vehicles Conference in London