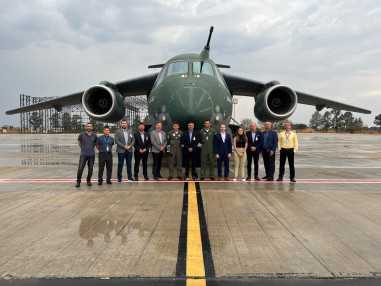 The Hungarian Defence Forces Command and the Embraer Defence & Security SA signed a contract for the procurement of two KC-390 military transport aircraft on 17 November 2020. Under this contract, the integrated program groups responsible for the professional representation of the manufacturer and the Hungarian Defence Forces will hold regular consultations and program review sessions in the coming years.

During the third program review session under the contract, the Hungarian side was represented by the following participants: experts of the Air Force Defence Equipment Systems Development Directorate of the HDF FPD, the HDF 59th Dezső Szentgyörgyi Air Base, the HDFC Air Force Inspectorate, as well as the HDFC Logistic and Management Directorate, as well as representatives of the MoD State Aviation Department with military aviation authority functions. On the manufacturer’s side, the discussion was led by Marcio Monteiro, Vice President, Contract & Offset – Embraer Defense & Security responsible for the management of the KC-390 program. 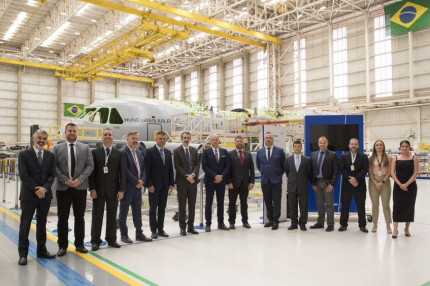 Beyond the professional discussion, the delegation – headed by Colonel László Nagy, Air Force Defence Equipment Systems Development Chief – was introduced to the manufacturing process of the aircraft. The introduction included an update on the current state of the production of the first Hungarian KC-390 aircraft. As compared to the original schedule and the contents of the contract, the rate of progress made in manufacturing the aircraft is significantly faster, so the wings – already painted in the original colors – will soon be attached to the fuselage. As a result, the so far prepared, separate aluminum structures will take the form of a “true” aircraft. According to information provided by the manufacturer, the production of the second Hungarian KC-390 is planned to begin in December this year, in accordance with the original plans.

Before seeing the production process, the Hungarian experts paid a visit – organized by the Embraer KC-390 program management – to Anápolis Air Force Base of the Brazilian Air Force as well. During that visit, they had opportunity to discuss things with the Brazilian experts who already have significant experience of operating the aircraft type.

Although the landing of the aircraft, slated for 2024, still seems to be far in the future, in fact the time until it will not only be a period of waiting. Apart from the receiving airbase itself, the would-be operators – including both aviation maintenance technicians and aircrews – must get ready for the reception of the aircraft. The first five KC-390s of the Brazilian Air Force have already flown more than 6,800 hours, so their aircrews and ground crews have already gained significant experience of operating the type in the air and on the ground. In the interest of establishing a fully effective system for operating the aircraft, the Hungarian experts can make maximum use of the information and experience they gained during their professional visit. 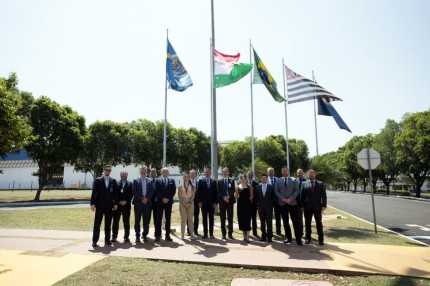 The good relationship built with the Brazilian Air Force will continue to provide opportunities for professional discussion in the future, which the experts of the Hungarian Defence Forces can very effectively take advantage of in the interest of commissioning the KC-390 aircraft in Hungary.

According to information provided by the manufacturer, flight tests may begin in the autumn of 2023 with the first aircraft to be produced for Hungary, thus, based on the current state, there are no obstacles to the arrival of the first KC-390 military transport aircraft at Kecskemét airbase, the home station of the type Hungary in the second quarter of 2024 and the arrival of the second one at the same place in the fourth quarter of the same year. 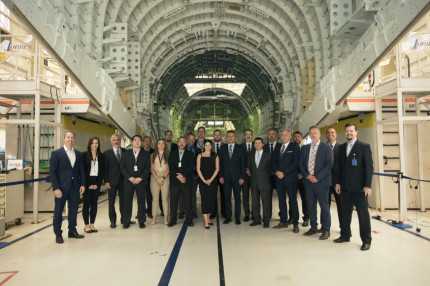 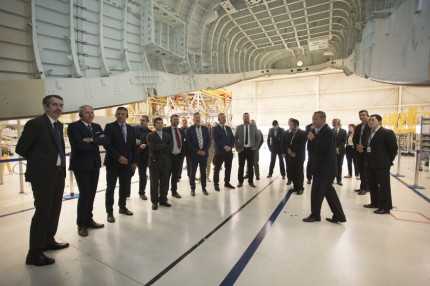 Kristóf Szalay-Bobrovniczky: We have a vested interest in peace being restored as soon as possible
Unified defence, a multitude of aspects