On Tuesday, 1 March Abdullah Falah Al-Dosari, the ambassador of the State of Qatar to Budapest paid an introductory visit to Defence Minister Tibor Benkő. 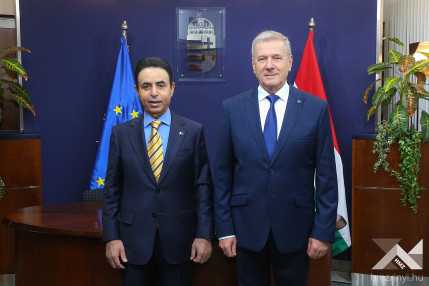 During the visit, Defence Minister Tibor Benkő said that Hungary’s political relations with Qatar are friendly and balanced. Over the last few years, the bilateral agreements signed by the two countries in fields such as economy, culture and the energy sector signal that there is room for cooperation. The Minister of Defence stated that he is pleased to see the continuous development of bilateral cooperation between the two countries, and is ready to strengthen these forms of cooperation.

The minister pointed out that Qatar is a key partner for Hungary in the Gulf region. Political relations between our countries have been developing on the highest level, as reflected in earlier visits by the Prime Minister of Hungary, the President of Hungary and the Speaker of the Hungarian National Assembly. Besides, recently there have been several meetings at ministerial level between the two countries. 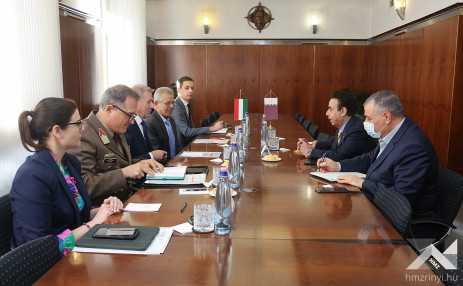 At the meeting, Defence Minister Tibor Benkő expressed his thanks to Qatar for its assistance in the evacuation of Hungarian and Afghan citizens working in the Afghanistan missions, as well as in providing them with accommodation in Doha and ensuring their safe return home.

Ambassador Abdullah Falah Al-Dosari emphasized that, partly due to their system of religious values, Hungary and Qatar view the changes occurring in the world – and their impacts on societies and humanity – in a very similar way. 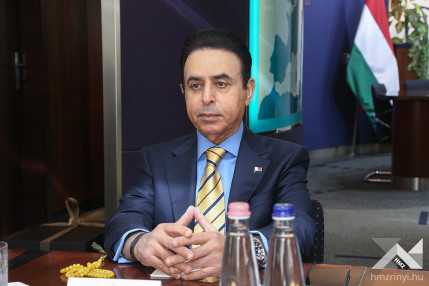 Speaking about the Russia–Ukraine conflict, Tibor Benkő said that Hungary is interested in the soonest possible ending of the war and a peaceful settlement of the conflict. He said that the Hungarian Defence Forces had redeployed forces to the eastern part of the country with a dual objective: to help the work of the police and the Ministry of the Interior in humanitarian tasks including the reception of refugees arriving in Hungary, their accommodation and taking care of them. At the same time, the military readiness guarantees that no armed groups can drift across to Hungary.

In the ambassador’s assessment, Hungary’s position is balanced, and he agrees with the statements that the armed conflict should be ended as soon as possible and the situation should be resolved through negotiations. At the same time, he expressed hope that the European Union and NATO will strive to achieve a peaceful settlement of the situation. 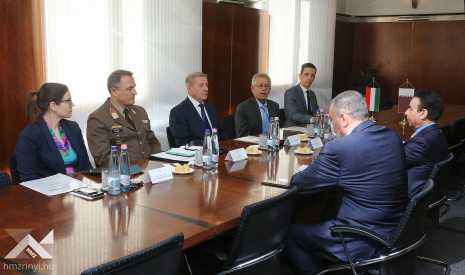