The rejuvenation of HDF organizations is in progress

The process of rejuvenation has started in the Hungarian Defence Forces in the interest of Hungary’s security, so that we can pave the way for those young commanders who speak languages, have gained experiences on NATO courses and foreign missions, have outstanding physical stamina and will be the most capable ones to use modern military equipment and tactics. The current war situation warns us that it takes strength to achieve peace, and strength in turn requires modern, combat-worthy armed forces.

Defence Minister Kristóf Szalay-Bobrovniczky told the press that in the next phase of rejuvenation, based on proposals submitted by the newly appointed commanders and those with their tenure extended, and after consulting the Chief of Defence, he as minister will make decisions as to who should receive the defence service allowance. He added that the esteem and recognition of the elder personnel who are now to leave military service with this form of allowance is also shown by the fact that besides the fair allowance that is due to them, they remain in the traditional circle of care of the military. This encompasses various forms of housing allowance, health care and funerary care, as well as the wearing of uniform on occasions. This is how the Ministry of Defence and the Hungarian Defence Forces would like to say thanks to their soldiers for their decades-long, dedicated service of the homeland. It is also important that all recipients are entitled to the defence service allowance in full until reaching retirement age, even if they take on work in parallel, and of course they also receive the severance payment due to them. 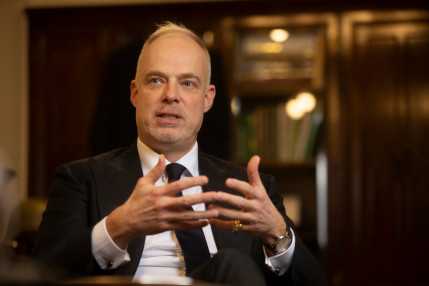 It has been almost eight months since you took over the defence portfolio, in a period characterized by rather intense and peculiar developments in global politics.

The Prime Minister requested me to fill this position immediately after the parliamentary elections, in the midst of a period that is unprecedented in modern-day Hungarian history. The security risks emerging in two directions at once are such that we have been unfamiliar with over the last decades. Evidently, back then and now everybody is talking about the war, which is, thanks God, going on neither in the area of Hungary nor directly next to our borders, but in a neighboring state, with 20th-century ruthlessness. We cannot even see an end to it yet. Tension is building up in the Western Balkans. Migration pressure is continuously increasing from the south. In such a period, unprecedented political and social attention is being given to the defence sphere, the preparedness of the armed forces, their mental-physical-intellectual aptness and moral condition. Therefore, it is our historic opportunity and obligation to act, and we must achieve substantial, straightforward changes in the development of the armed forces. I could also put it this way: there is a need for breakthrough changes, and we have started implementing them indeed.

Rejuvenation was the keyword of the tasking conference. Why is it precisely now that the armed forces have reached a stage where you have made the announced decisions, and what do you expect of these decisions?

The commissioning and operation of 21st century military equipment, the conduct of related training tasks, the knowledge, adaptation and skill-level acquisition of tactics applied in modern-day conflicts and wars requires young officers with dynamic approach from the tactical all the way up to the operational level. They are the ones who speak languages, have participated in NATO training courses, gained experiences on foreign missions and are physically fit so they can bear the workload that comes with their duties. They must represent in their persons the 21st--century, innovative, high-tech armed forces, since this is the image that we want people to form about us during recruitment as well. We needed the preparatory time that has passed since the formation of the government, but we could not wait any longer. The government decree on the state of danger concerning the changes was prepared for this purpose.

What are its most important elements?

The regulation allows a worthy and fair way for those soldiers to leave who are over 45 years of age and have 25 years of actual service relationship. We have created a new form of allowance, the defence service allowance, to which the soldiers meeting the above conditions can become entitled not automatically but by the Minister of Defence’s individual decisions. Based on this, we are examining the whole personnel of the Hungarian Defence Forces, the Ministry of Defence and the affiliated institutions in several stages and in several phases per stage, and make our decisions accordingly. By consulting the Chief of Defence, I have already done that at the highest level of commanders, and now we are turning to the levels below it.

In the next stage of rejuvenation, I will make personal decisions based on consultation with the Chief of Defence and the proposals to be submitted by newly appointed commanders and those with extended tenure. These decisions will determine who can receive the defence service allowance.

Through the defence service allowance, we thank these soldiers for their decades-long, dedicated service of the homeland. This defence service allowance is due to them in full until they reach retirement age, and its amount will not change even if they have income from other work as well. They remain in the traditional circle of care: it continues to encompass housing allowance as well as health care. They are also due funerary care and the wearing of uniform on occasions. 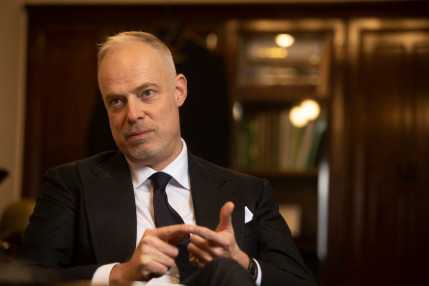 Besides the existing personnel, how does this rejuvenation, this culture change affect recruitment? How can you make the Hungarian Defence Forces attractive to a contemporary young person along the mentioned aspects, when you have very serious, well-capitalized international companies to compete with in the labor market, and also the free movement of labor within the European Union?

Of course, we need to talk about salary, but in my opinion, patriotism and the commitment to the defence of the homeland must come first – because nothing will not work without them. We are talking about an all-volunteer force, as the young people must voluntarily realize, sooner or later, that nobody else will in their place defend their family, their village, their district, their town and their country, or their cultural values. Today’s young generation and everybody must come to this realization. This is our primary task. Of course, we must honor commitment with salary, career path and other allowances as well. Also, we must enable them to see in perspective that the state would care for them in a worthy and fair form after a long actual service relationship, just like it cares for those who are leaving the forces now. The young ones must see that we are on our way toward that renewing, innovative armed forces which do not even resemble the outdated picture they know from their fathers’ recollection of conscript service.

Are these the innovative, high-tech armed forces you have already mentioned?

Technological progress radically transforms our everyday life in all fields. The field of national defence is no exception to it, in terms of weapons, reconnaissance equipment and control systems, and this presents the young people with a very serious and interesting professional challenge. We need to show them a military force with this profile, emphasizing that basically, it is about patriotism and the awakening of commitment to the armed defence of the homeland, and that they can join such a community either as career soldiers or in some form of the reserve system. The latter is especially important. Having received thorough military training, territorial reservists sacrifice part of their free time for the cause, and perhaps they care less about salaries and the aspects of a career path. For them, the greatest motivation is the experience, the sense of belongingness, the power of patriotism which manifests itself in collective action. In the future, I will lay serious emphasis on the recruitment and training of territorial reservists, and on raising them to a level equal with that of the armed forces.

You have come from the economic, market sphere to head a ministry. By contrast, the Hungarian Defence Forces are a particular organization with a huge number of personnel and time-honored structures, and accordingly, they are slow to move forward. What do you think was your greatest challenge in this field? How can one “rev up” an organization like this?

With rejuvenation, for instance. We need to demolish the power of “we are set in our ways”, the self-defence of built-up bureaucratic systems so that a new military service ethos and practice can develop out of the “uniformed employee” attitude. I expect the rejuvenation process to show its effect not merely in personnel changeover but in a thoroughgoing cultural change. 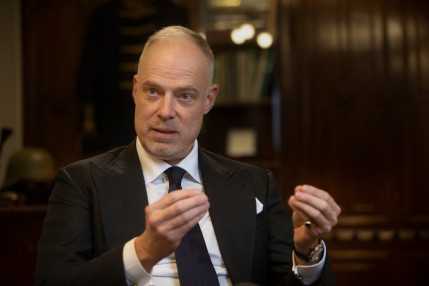 Hungarian Chief of Defence attends NATO session
Kristóf Szalay-Bobrovniczky: Peace is of the utmost importance for Hungary and Serbia