Lieutenant General Roger L. Cloutier, Commander, NATO Allied Land Command (LANDCOM) recently arrived in Hungary on a several-day visit. The high-ranking guest was received by the commander of the Hungarian Defence Forces on a courtesy call in Budapest. He visited Székesfehérvár, where he met with the leaders of the NATO Force Integration Unit Hungary (NFIU HUN) and the Headquarters Multinational Division-Centre (HQ MND-C), and then went to Tata to meet the troops of the HDF 25th György Klapka Infantry Brigade. 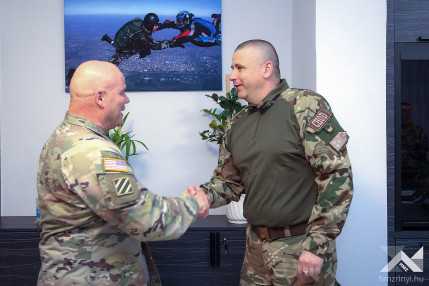 On 21 February, the first day of the official program, Lieutenant General Romulusz Ruszin-Szendi PhD, the commander of the Hungarian Defence Forces received Lieutenant General Cloutier in his office. The commander of LANDCOM was accompanied by Brigadier General Zoltán Németh, who has been Deputy Chief of Staff Operations at the NATO Allied Land Command – Izmir since mid-September 2021. During the courtesy call, the commander of the Hungarian Defence Forces said that in the interest of Europe’s peace and security, Hungary is committed to a dialogue between NATO and Russia, and highlighted the critical importance of using military diplomacy channels to reduce further tensions. 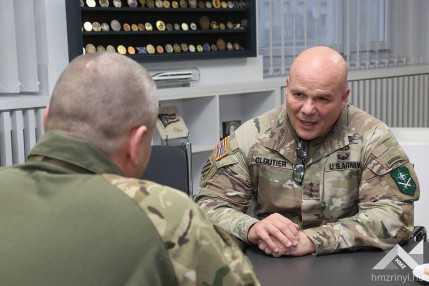 Lieutenant General Romulusz Ruszin-Szendi PhD emphasized that as a member of NATO, Hungary is committed to a peaceful settlement of the Ukraine–Russia conflict based on talks, since it is in the interest of Hungary that peace prevails on its eastern borders. He explained that Hungary has the military capabilities necessary for defending the country. To keep their capabilities at a high level, and to coordinate the tasks, the Hungarian Defence Forces continue to conduct joint training events on a regular basis in the framework of bilateral and multilateral forms of cooperation. 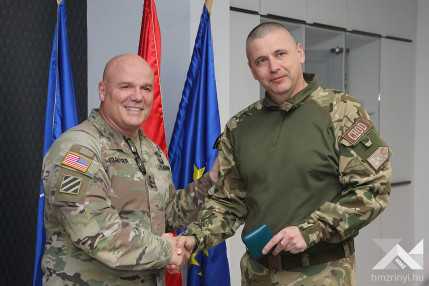 At the close of the discussions, the commander of the Hungarian Defence Forces and the commander of LANDCOM agreed that they would continue exchanging experiences and further develop professional relations in the future.

The delegation of the NATO Allied Land Command continued its visit to Hungary by visiting the Székesfehérvár-based NATO and international military organizations as well as the HDF 25th György Klapka Infantry Brigade in Tata. 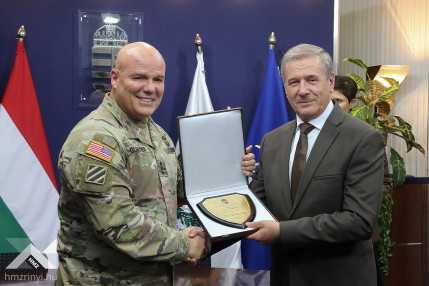 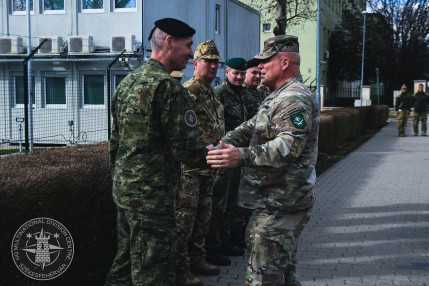