In the evening of 24 February, defence ministers of NATO’s eastern flank held an extraordinary meeting to discuss the emerging situation in Ukraine. During the meeting, the ministers condemned the Russian aggression, informed each other about the activities of national armed forces and discussed the collective steps taken in NATO. 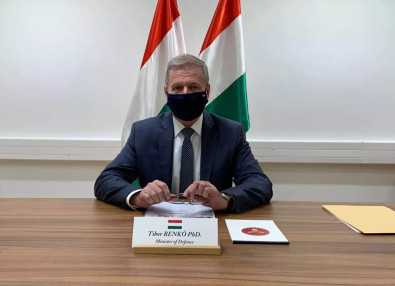 As Ukraine’s neighbor, Hungary is deeply concerned about the current situation and condemns the Russian aggression – said Defence Minister Tibor Benkő. He added that Hungary welcomes NATO’s unified action and the measures taken to increase the readiness of its forces. During a conversation conducted on an encrypted channel, he highlighted Hungary’s form of participation as well as its forces and military equipment to be deployed in the responses developed by NATO.

The minister also informed his colleagues that as a result of the recently launched armed forces development program, Hungary is now able to implement NATO’s measures based on national capabilities and under Hungarian command. He added that the battalion-sized Hungarian infantry battle group has reached initial operational capability and increases its training activity in the framework of NATO measures, possibly involving the armed forces of other member states.

The American side welcomed the fact that the Hungarian Defence Forces are able to assume the lead nation role in contributing to the training and readiness enhancement tasks started in the framework of NATO measures, and that they are now ready to secure the Hungarian–Ukrainian border and concurrently manage a potential humanitarian crisis as well.