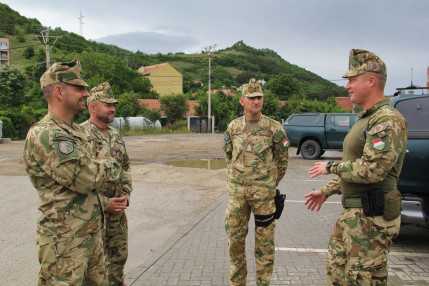 Lieutenant Colonel Sándor Farkas took over command of the unit concurrently with the 26th rotation of the HDF KFOR Contingent (KFOR-26 HUNCON) – drawn from the personnel of the HDF 5th Bocskai István Infantry Brigade – starting its service in the area of operations. For this reason, the primary aim of the commander’s visit was to meet those troops whom he has not had opportunity so far to meet at home.

The visit started with a report from Lieutenant Colonel Szabolcs Rácz, Commander, KFOR-26 HUNCON and with a staff briefing.

Next day, the brigade commander went to the US-run Camp Bondsteel to see a target practice of the troops on a simulation range. In what followed, in the afternoon at Mitrovica, he met the patrols on duty that reported to him about their current mission, and then he received an intelligence briefing while on a high ground. 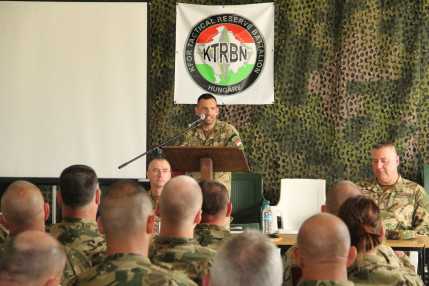 During a staff meeting held in Camp Novo Selo, Lieutenant Colonel Sándor Farkas began with a brief introduction and then answered questions concerning the soldiers. Thus, among others, he spoke about the expected structural transformations in the future, the development of military equipment and plans about the soldiers’ salary. He thanked them for their service and their family members for their support. At the close of the staff meeting, the commander of the military organization and the contingent commander presented recognitions.

At the end of the visit, Lieutenant Farkas told us that he had already served in areas of operations several times, but this was the first time he had been to Kosovo. “I have met well-trained and disciplined Hungarian troops here, as evidenced by the reports sent home and on-scene observations. I have experienced a good morale everywhere, and the soldiers’ attitude to the target practice was exemplary in all respects”, added the commander. 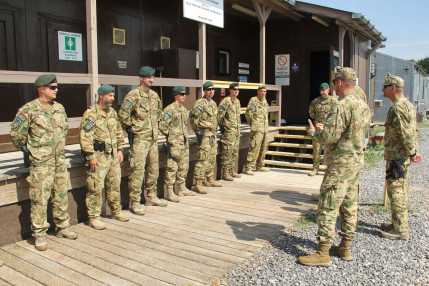 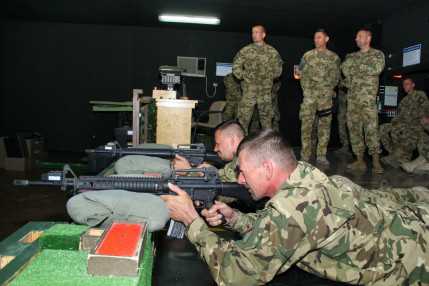 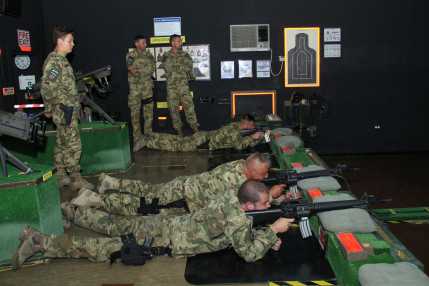 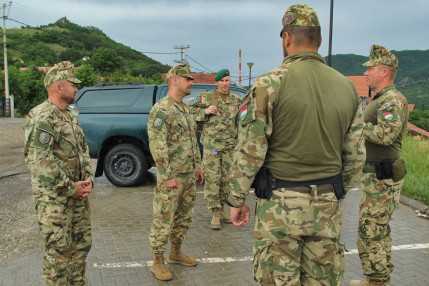 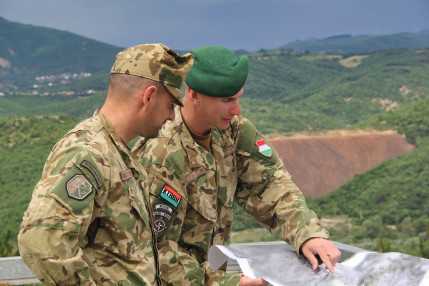 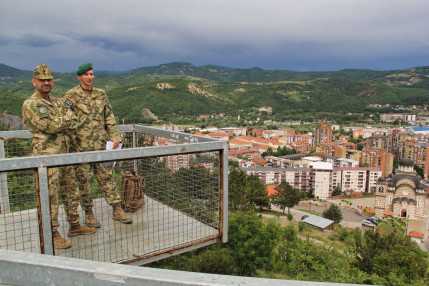 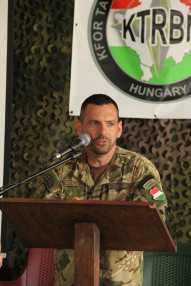 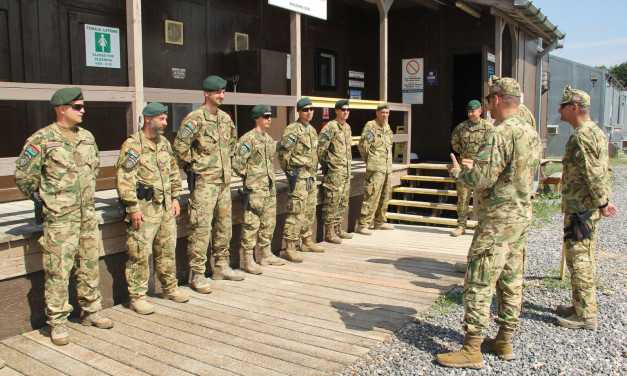 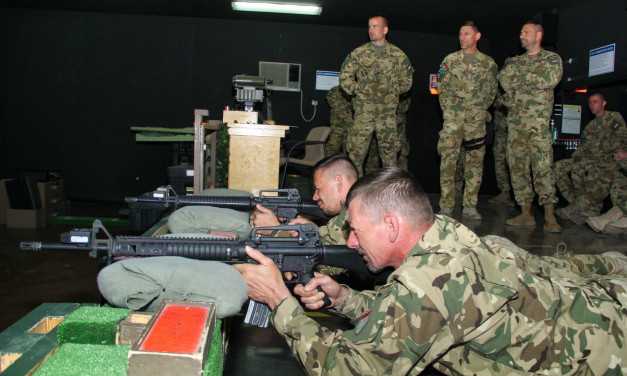 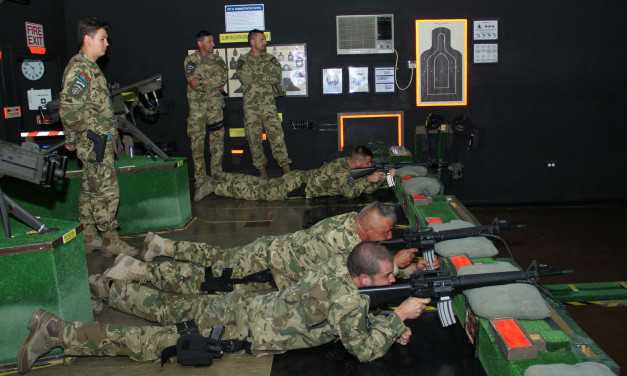 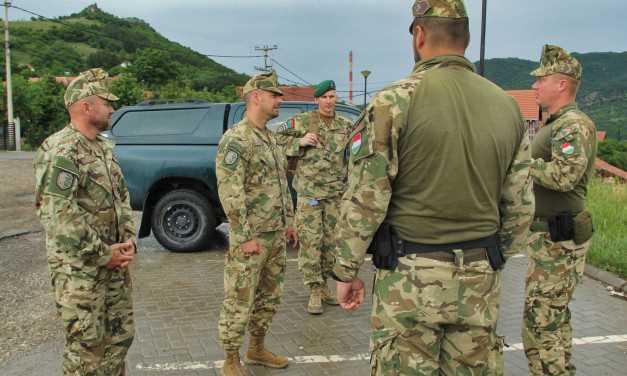 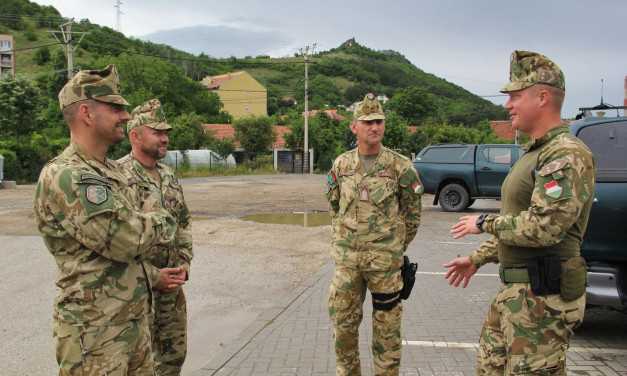 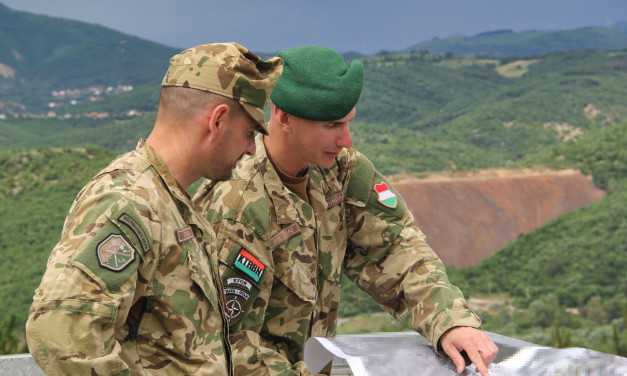 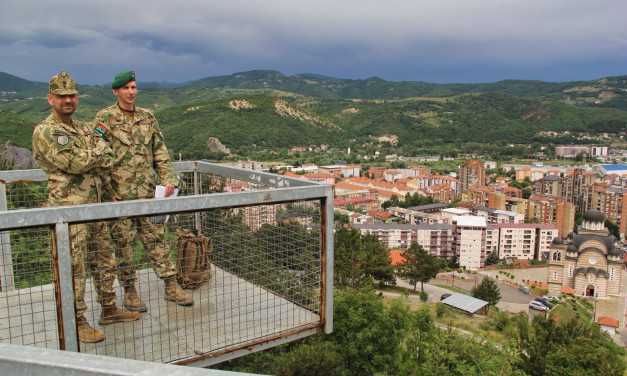 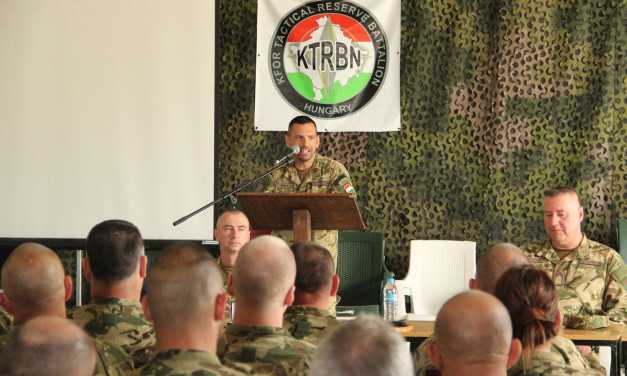 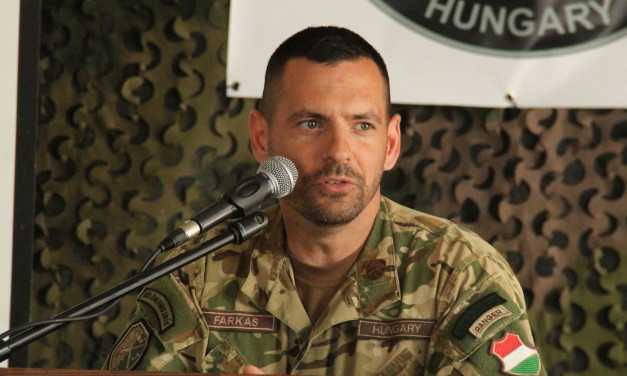