The Chiefs of Defence of the Defence Cooperation Initiative (DECI) met in Postojna, Slovenia on Wednesday, 5 October. Hungary was represented at the meeting by Lieutenant General Romulusz Ruszin-Szendi PhD, Commander, Hungarian Defence Forces. 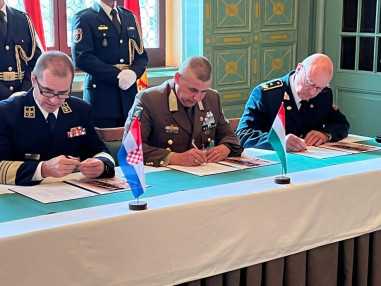 During the meeting, the Chiefs of Defence of the DECI countries – Albania, Austria, Croatia, Hungary, Montenegro, Italy and Slovenia – discussed, among others, the situation and stability of the region, in particular the Western Balkans, the capacity building of the armed forces, training and cooperation, as well as current issues concerning NATO and the EU.

Speaking at the plenary session of the meeting, Lieutenant General Romulusz Ruszin-Szendi PhD said that the stability of the Balkans continues to be a key issue for Hungary, and we are committed to further participation in the KFOR and the EUFOR operations. The commander emphasized that we have been continuously reinforcing our presence in the KFOR mission in Kosovo, and intend to maintain our current troop level, commensurate with our possibilities. The lieutenant general expressed his special thanks for the support received in connection with the commander’s position in KFOR, Kosovo, which has been a huge recognition for Hungary. 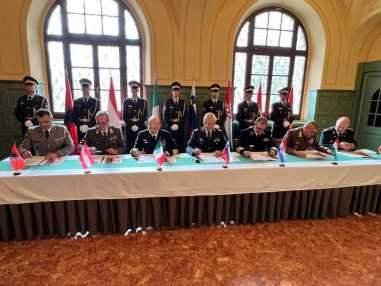 The agenda of the meeting included the participation of DECI countries in EU battlegroups, concerning which the Commander of the Hungarian Defence Forces said that they show that the cooperation is successful, and that DECI is an important regional platform for the further strengthening of regional defence capabilities and deepening operational cooperation.

The participants of the plenary session also discussed some current issues in the cooperation between NATO and the EU. Speaking about the topic, the lieutenant general said that the dramatic change of the European security environment – which has been brought about, among others, by the Russo-Ukrainian War – calls for increasingly closer coordination of the efforts made by the two organizations in the interest of cooperation. The Commander of the Hungarian Defence Forces pointed out that we continue to support the strengthening of coherence between the EU and NATO and the coordination of capacity building projects. Furthermore, we suggest that there should be even closer cooperation between the two organizations in the fields of hybrid warfare and cyber defence. 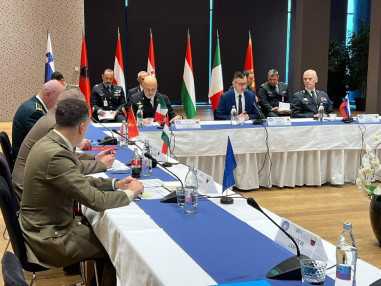 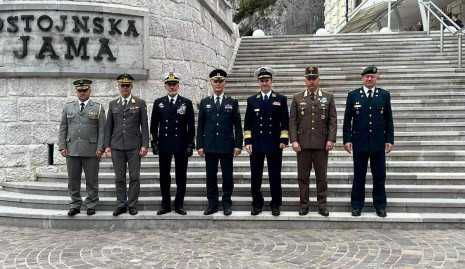 Kristóf Szalay-Bobrovniczky: Military-to-military relations are excellent between Croatia and Hungary
SECURITY ISSUES ON THE AGENDA