On Thursday, 4 November Minister of Defence Tibor Benkő received Austrian Defence Minister in the framework of a border meeting in Sopronbánfalva. During the official meeting, the two sides discussed the European security situation and its future, the common challenges, the forms of bilateral military cooperation and, last but not least, the tasks connected with the response to the COVID-19 pandemic. 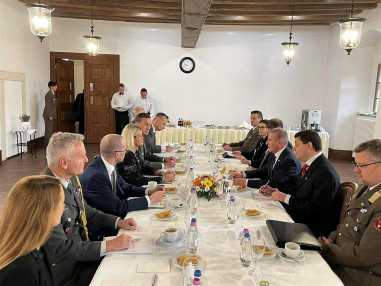 Defence Minister Tibor Benkő said that Austria is a highly important ally of Hungary in the fields of economic and social relations as well as defence cooperation. The ministers agreed that the illegal migration situation necessitates the preparation of the two countries for dealing with another wave of mass migration.

Tibor Benkő emphasized that the Taliban’s seizure of power in Afghanistan significantly contributes to this wave of migration. “This is why the stability of the Western Balkans is especially important, since without it, the European Union’s exposure to epidemics and illegal migration would increase significantly”, the minister of defence added.

The two sides also agreed that the integration of Western Balkan countries into the European Union would greatly contribute to the stability of the region. 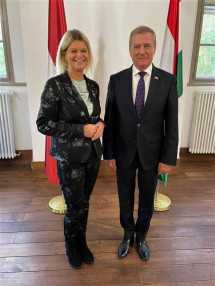 The minister said that the excellent military cooperation is exemplified by a significant strengthening of the relationship between the two countries’ land forces, the support of training needs concerning the Leopard 2A4 tanks procured in the framework of the National Defence and Armed Forces Development Program, and the signing of the Implementation Agreement as a token of this support.

Austrian Minister of Defence Klaudia Tanner spoke highly of the Hungarian troops’ assumed international role and highlighted the taking over of the post of COMKFOR, at the same time assuring her Hungarian counterpart of her support to the KFOR and EUFOR operations.

At the meeting, the two partners also discussed current issues in the EU Common Security and Defence Policy, in particular the further development of the NATO–EU partnership, the Strategic Compass process and the possibilities for further strengthening the forms of regional cooperation, including the Central European Defence Cooperation (CEDC). 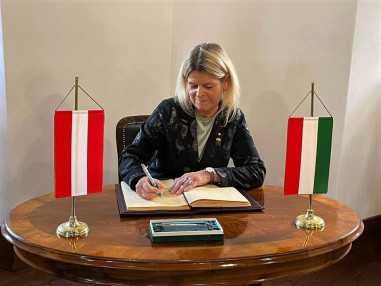 Tibor Benkő thanked Austria for joining the Regional Special Operations Component Command (R-SOCC) and invited the Austrian special operations forces to next year’s SOF exercise. Speaking about the forms of regional cooperation, he highlighted the significance of Headquarters Multinational Division-Centre (HQ MND-C), which increases the security of Central Europe through strengthening cooperation among the armed forces of regional allies. 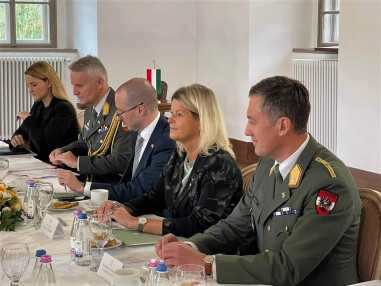 Further topics of discussion included the military reserve systems of the two countries and the possible ways of reaching out to the youth.

In the framework of the meeting, the ministers identified a number of areas where it is possible to conduct further cooperation and structured expansion at the level of experts. 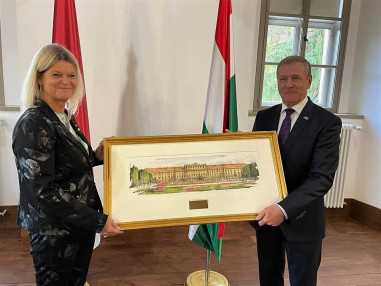 Tibor Benkő receives Commanding General of U.S. Army Europe and Africa on a courtesy call
Sharpening the sword of the alligator, at the threshold of the ”Alligator Sword 21” exercise