Germany is a major ally and strategic partner

“Germany is a major ally and strategic partner of Hungary in the development of the armed forces and in defence policy as well”, pointed out Defence Minister Kristóf Szalay-Bobrovniczky, after holding a discussion with German Defence Minister Christine Lambrecht in Berlin on Tuesday, 28 June. 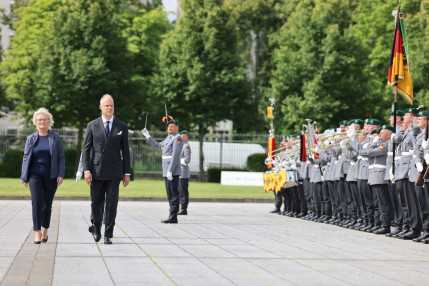 Kristóf Szalay-Bobrovniczky paid his first visit to the German capital, where he had his first official bilateral meeting with his German counterpart. This also shows that there is a mutual “strategic commitment” across potential ideological disagreements and terms of government, the minister underlined in his statement to public media.

In connection with cooperation in the armed forces development program, he pointed out that the development program launched in the previous term significantly strengthens German defence industry players who are active in Hungary. However, a lesser-known fact also indicating the closeness of cooperation is that in recent years, Hungary has been the most important export market of German defence industry.

Speaking about defence policy, he underlined that it is their shared conviction that NATO must stay out of the Ukraine war. NATO is a defensive alliance, which cannot deliver lethal arms shipments to Ukraine, thus the member states must continue to sort out these matters on a bilateral basis, said the minister of defence, underlining that the result of the April parliamentary election also confirmed that Hungary stands on the side of peace. 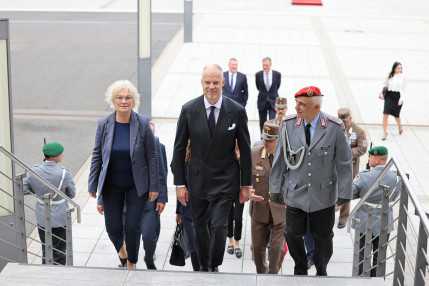 Concerning the new Strategic Concept to be adopted at the Madrid Summit of the Alliance starting on Tuesday, he pointed out that NATO should not only focus on the “Russian threat”, but also on the 360-degree approach of circular defence, thus on the threat of terrorism and also on illegal migration, which is on the rise again along the Hungarian border.

Kristóf Szalay-Bobrovniczky noted that the „mainly illegal form of migration” poses a serious challenge, as its increase is due to the economic crisis effected by the “Ukraine–Russia crisis”, the “wartime inflation” and food shortage. He added that Germany also agrees with its importance. Speaking about the illegal migration threatening our southern border, he also said that the security of the Western Balkans is a “strategic interest” for Hungary and Germany alike.

Speaking about increasing the defence budget, he said that in 2023, one year earlier than planned, Hungary would reach the target level of 2% as a percentage of Gross Domestic Product (GDP), which is expected of all NATO member countries. In his words, “Hungary started from afar”, but it will reach and maintain the expected level of defence expenditures. “To a significant extent”, its beneficiaries are those German defence industry companies that are established in Hungary and contribute to creating jobs and to promoting the economic development of the whole country, added the minister. 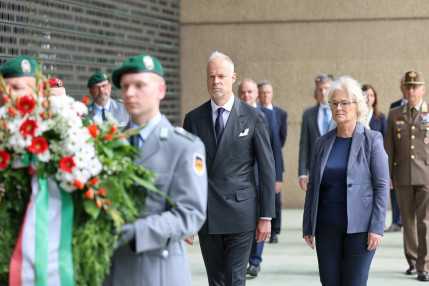