The Defence Policy Directors of the European Union recently held an informal meeting in Prague to discuss those security challenges and defence issues which the EU must address as soon as possible. 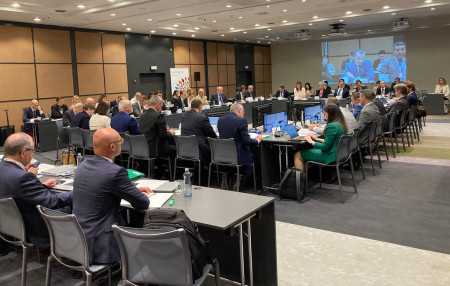 The Defence Policy Directors of the European Union met in Prague on 7–8 July. Their informal meeting was organized by the Czech Presidency with a view to discussing the most significant recent developments in the Common Security and Defence Policy (CSDP) of the European Union. In light of the changed security situation, the Defence Policy Directors of EU member states explored the possibilities for dealing with shortfalls in the field of defence investment, for the security and defence support to be provided to Ukraine and also for the further deepening of the EU–NATO cooperation.

Held prior to the meeting, the conference “Responsive CSDP” had on its agenda the EU’s defence ambitions, its crisis response operations and capability development, the EU Rapid Deployment Capacity, as well as the future of EU–NATO cooperation. The event was opened by Daniel Blažkovec, Deputy Minister of Defence of the Czech Republic, who, among others, talked about the transformation of the security situation due to the war in Ukraine and its significant impact on the European Union’s defence arrangements.