On 31 March, the Hungarian flag was solemnly raised at the building of NATO Strategic Communications Centre of Excellence in Riga, Latvia. 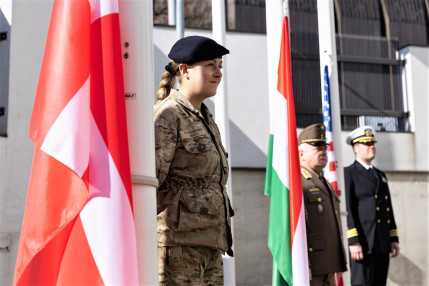 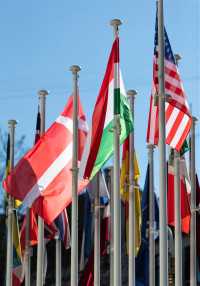 Hungary has become a participating country of NATO StratCom, which was symbolized by the raising of its flag outside the building of the Riga-based organization on 31 March. Lieutenant Colonel János Balázsi, the delegate of the Ministry of Defence has already been participating in the work of the organization since last November. Apart from Hungary, the flags of another two newly joined participating countries, the USA and Denmark, were also raised at the ceremony.

Hungary was represented at the event by, among others, Ferenc Bányai, Hungary’s ambassador accredited to Latvia and Lieutenant Colonel Lajos Szalavári, military attaché. In his speech, the ambassador pointed out that the Russo-Ukrainian War has shown that NATO member states may be exposed to serious attacks in the cyberspace as well, which poses a major threat to the unity characterizing NATO in relation with the war, and it is of key importance to maintain this unity. He emphasized that for this reason, Hungary attaches great significance to strategic communications, its membership in StratCom has never been timelier, and the result of its accession will be useful, responsible and visible.