The world is on the threshold of a new era of security and defence, stated Defence Minister Kristóf Szalay-Bobrovniczky at the Berlin Security Conference (BSC) in Berlin on Thursday, 1 December. The speakers of the event included German Chancellor Olaf Scholz and NATO Secretary General Jens Stoltenberg as well. 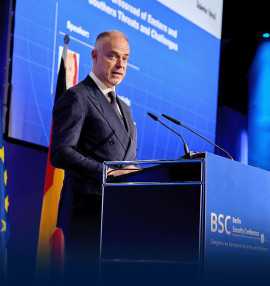 In his keynote speech, Kristóf Szalay-Bobrovniczky stated that threats appear in the form of war from the east and waves of illegal migration from the south, and they must be faced with common strength. This is represented by NATO, the strengthening of which is a common interest. According to the Hungarian point of view, NATO is a defence alliance of independent states, which also means that the alliance can only be built on strong national defence forces.

Hungary implements this construction based on two pillars. One of them is one of the largest military developments in Hungarian history, which is aimed at creating a modern, effective army in the procurement of equipment, in the esteem of the personnel, and in its structure.

The second pillar is the development of the defence industry, during which we create a defence ecosystem that brings together innovation, economic strengthening and involvement in the international defence industry circulation, explained the minister. He added that “based on these pillars, we can talk about a strong national defence, with which we are able to contribute to the creation of the deterrent force defined as a goal by NATO”.

Hungary is a committed and reliable NATO ally, as evidenced by its international engagement within a common framework. Currently, the proportion of Hungarian soldiers deployed on international operations and missions is one of the highest among NATO member states. The Hungarian Air Force has completed the Baltic Air Policing mission for the third time, this time as a lead nation, until the end of November. A new multinational enhanced Vigilance Activity Battle Group (eVA BG) established to reinforce NATO’s eastern flank is also operating in the area of Hungary, and the regional Headquarters Multinational Division Centre (HQ MND-C) – which is part of the NATO Force Structure – also operates in Hungary.

The significance of military-industrial and military-diplomatic relations between Hungary and Germany is indicated by the fact that during his program in Berlin, Kristóf Szalay-Bobrovniczky met with German Defence Minister Christine Lambrecht, as well as with member of the Green Party and Minister of State, Federal Foreign Office Tobias Lindner, and with several representatives of the Bundestag as well. 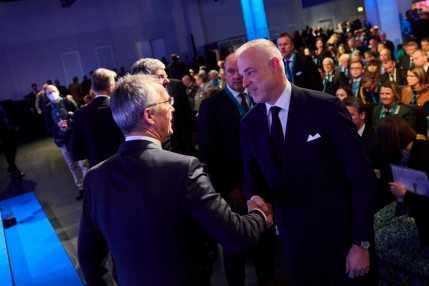