On Monday, 31 January Defence Minister Dr. Tibor Benkő had a discussion with U.S. Chargé d’Affaires, a. i. Marc Dillard. 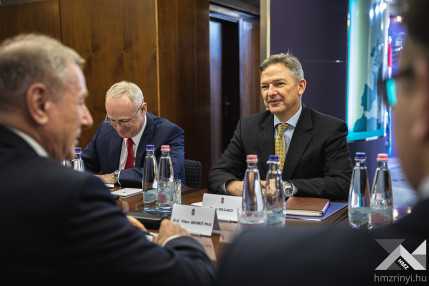 During the conversation, the minister of defence reaffirmed that the steps the Hungarian Defence Forces have taken concerning the Ukraine–Russia tensions are proportional to the security situation of Hungary. He pointed out that as a NATO member country, Hungary is continuously monitoring the situation as it unfolds, and commits itself to thinking in terms of NATO and to the spirit of taking joint action. Our country supports NATO’s efforts, calling attention to the fact that easing the tensions by diplomatic means is of key importance, and for this reason it calls for the further continuation and deepening of the dialogue, besides supporting NATO’s defence and deterrence posture.

The minister of defence pointed out that thanks to the development that took place in recent years in accordance with NATO’s requirements, the Hungarian Defence Forces now possess adequate capabilities for guaranteeing Hungary’s security and supporting NATO’s joint actions, so in the present situation, they do not require the permanent stationing of NATO forces in Hungary. Dr. Tibor Benkő made it clear that we should not be misled by false information aimed at disrupting NATO’s unity, and that it is very important to engage in a sincere dialogue on resolving the situation.

The two sides also agreed that further training events between the U. S. military and the Hungarian Defence Forces will take place in 2022. 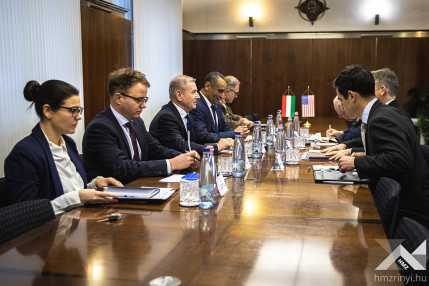