Monument in the “hell within hell”

“We must remember and remind to ensure that such horrors never occur again”, said Defence Minister Tibor Benkő at the inauguration of a WWI memorial site for Hungarian soldiers in Nova Gorica, Slovenia on 2 November. 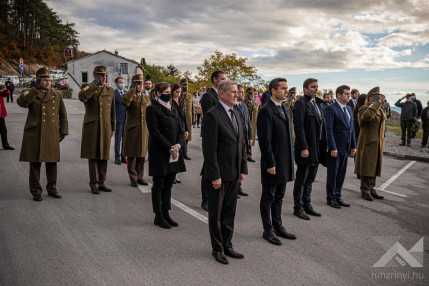 The monument dedicated to Hungarian soldiers who had fallen in the Battles of the Isonzo was unveiled in Slovenia on Tuesday in the spirit of transnational collaboration. The battles fought between the Italian forces and the forces of the Austro-Hungarian Monarchy along River Isonzo lasted from June 1915 to September 1917. The Italians attempted to break through the defences of the Monarchy on 11 occasions, but all of their attempts failed. The ensuing trench war took a toll of 550,000 men of the Austro-Hungarian Monarchy and more than 1 million men on the opposite side. It was not until the 12th Battle of Isonzo that the stalemate of the war was broken, when the Monarchy troops, reinforced with German forces, broke through the Italian defences and gained a lot of ground.

The newly unveiled monument – which commemorates the heroism and sacrifice of Hungarian soldiers killed in action during the battles – has been established as a part of the Park of Nations located on the slopes of Monte Santo and Monte San Gabriele, where the very bloody battles of Monte San Gabriele took place in the First World War. The Royal Hungarian 20th Infantry Division was tasked with defending this strategic position. Although this division lost half of its men during the fighting, it successfully defended its almost indefensible mountainside positions against Italian assaults, thereby preventing the collapse of the front, and making the Caporetto breakthrough possible with an almost incredible effort. 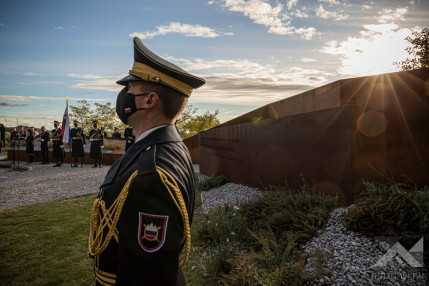 In his speech, the Hungarian minister of defence called the unveiling of the monument a historic moment. He said that those visiting the Isonzo valley and looking down to it cannot imagine the fierceness of the battles the soldiers had fought at this beautiful place, the land of peace. “They went through the hell within hell, and a great many of them were never to return to their native land, to their loved ones”, the minister said, adding that we cannot draw a veil over the past in a place where so many Hungarian soldiers had lost their lives. On the contrary, we must remember and remind to ensure that such horrors never occur again. 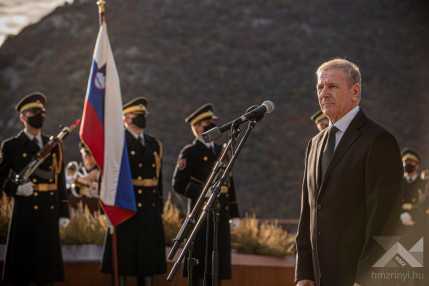 Tibor Benkő pointed out that these days, too, our soldiers are fighting for peace and serve it even by sacrificing their lives if needed. “They will always remember the noblest examples of courage and self-sacrifice during the battles of the Isonzo a hundred years ago and the events of today’s foreign missions. Have faith and trust in the soldiers, be they Hungarians, Slovenians or of any other nationalities of the Alliance. For if needed, they are the ones who sacrifice their lives even today for your freedom”, said the minister of defence in closing his speech.

Slovenian Defence Minister Matej Tonin pointed out that European history is a history of bloody wars, and the one-time Isonzo front was among the most destructive ones in the First World War. “Many brave Hungarian soldiers lost their lives, and we are paying tribute to the memory of their young souls here, in front of the monument”, he said. The minister stated that the defence and military cooperation between Hungary and Slovenia has been excellent to date, thanks to the joint training programs and co-deployment in foreign missions as well as an agreement on war grave care, and this friendly relationship has further deepened with the inauguration of the memorial site. “Concern for war graves and the preservation of the victims’ memory is a very important task for us, since attitude to the dead is a fundamental ethical issue. The memory of bitter battles fought here is a reminder that it is necessary to do everything to make sure that wars, which have caused so much suffering, never occur again”, said Matej Tonin. 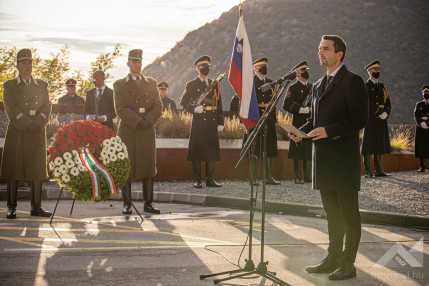 Klemen Miklavič, the mayor of Nova Gorica said that he hopes that beyond its original function, the monument would serve as a place for spiritual contemplation, where we can think about our common values, in particular the most important among them, peace, the guiding principle of civilization. 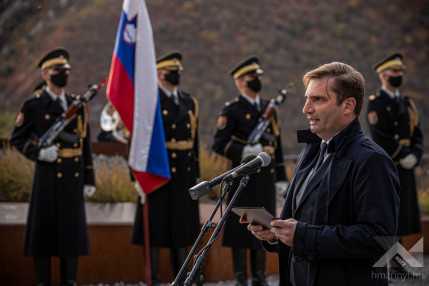 Commissioned by the government of Hungary, the First World War Centenary Memorial Committee sponsored the establishment of the monument. Its erection was coordinated by the MoD Institute and Museum of Military History, the Public Foundation for the Research of Central and East European History and Society, Hungary’s embassy in Ljubljana and the local government of Nova Gorica. 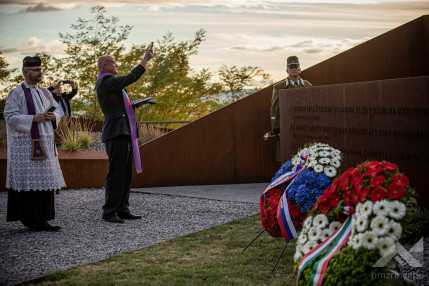