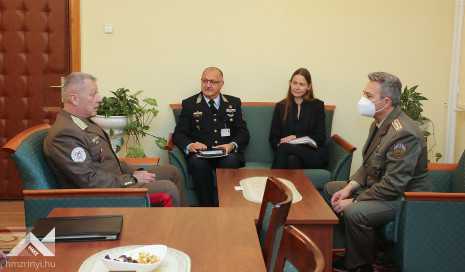 Lieutenant General Mihócza welcomed the new attaché on the occasion of his taking office, and in what followed, the two sides discussed the possibilities for further development of military-to-military relations between the two countries, and identified the areas of cooperation – among others, the details of possible training programs.

The agenda of the meeting also included the maintenance of war graves and monuments located in the areas of the two countries as well as the Hungarian–Bulgarian mapping cooperation.

The HDFC Chief of Staff wished his guest every success for the tasks ahead of him, and expressed his hope that military diplomacy relations between the two countries would further develop in the future with the defence attaché’s contribution.