Only a European Union with strong defence capabilities can cope with security challenges, and Hungary is ready to play a defence role

Hungary supports the creation of a more active European Union, which can provide a quick and effective response to the security challenges of the next period, said Defence Minister Kristóf Szalay-Bobrovniczky at an informal meeting of EU Defence Ministers in Prague. He pointed out that Hungary can significantly contribute to the strengthening of Europe’s defence technological and industrial base, and is carrying out one of the largest military development projects in Eastern Europe. 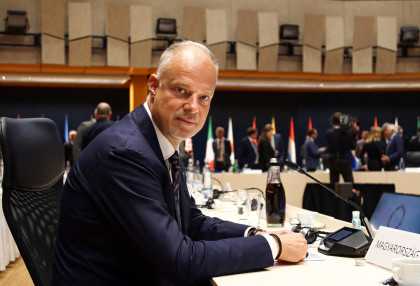 About half a year ago, the member states of the European Union adopted the Strategic Compass, with which they committed themselves to strengthening European defence cooperation, developing defence capabilities and increasing the EU’s resilience and response capability. Beyond the global consequences of the war in Ukraine and the defence and security support to that country, the main topic of the meeting organized under the Czech presidency of the European Union was the EU Defence Investment Gap Analysis and the needed ways forward in the field of capability development.

In his speech, Kristóf Szalay-Bobrovniczky emphasized that the world has entered a new era of strategic uncertainty with the ongoing war in Ukraine, which has also resulted in steps of historic significance regarding allied systems such as NATO’s enlargement with Finland and Sweden, as well as the increase of national defence budgets in the case of several countries. The minister pointed out that the EU’s defence capability shortfalls have been revealed in connection with the war, but this gives an opportunity to continue strengthening regional defence and resilience with increased momentum, and the cooperation of the European Union and NATO is of critical importance in this process. Since the war is taking place on the European continent and in the immediate neighborhood of Hungary, we consider it necessary and emphasize the importance and development of unified European defence, added the minister.

Hungary holds a prestigious position among member states in the field of defence capability development. In the framework of, and in consequence of the armed forces development program, our country will meet the NATO target of 2% of GDP in defence spending by 2023, one year earlier than scheduled, and fully implement all our NATO capability targets, so we can significantly contribute to the creation of Europe’s defence technological and industrial base, as well as to the generation of strong European military capabilities. The minister highlighted the importance of cooperation of member states in the field of defence procurements. 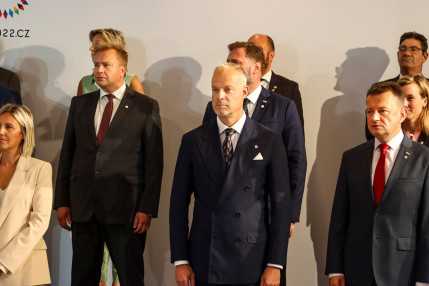 At the same time, the minister also emphasized that the armed conflict does not only have a direct impact on defence capacity but may also promote mass illegal migration, which impacts on the rise of terrorism as well, and this presents countries with another security challenge.

Kristóf Szalay-Bobrovniczky said that several countries indicated their need for further clarification concerning a proposal made by EU High Representative for Foreign Affairs and Security Policy Josep Borrell, which aims to launch a future EU-led military training mission, and Hungary drew attention to the risks inherent in the proposal.

Another interception above the Baltic Sea
Duty, reliability, commitment