The refugee crisis poses a challenge to all countries neighboring Ukraine

On 28 March, Defence Minister Dr. Tibor Benkő received in his office Oleg Tulea, Moldova’s ambassador to Budapest on a courtesy call. The primary aim of the visit was to discuss the treatment of the refugee crisis due to the Russo–Ukrainian War, as well as the military cooperation between the two countries. 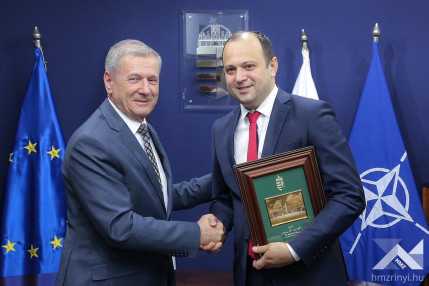 In view of the current security situation of the region, during the meeting the minister of defence and the Moldovan ambassador agreed that the Russian attack gives cause for serious concern in all countries neighboring Ukraine. Moldova and Hungary bear great responsibility in tackling the challenges, and both countries reckon with a growing refugee crisis in the short run.

Tibor Benkő pointed out that the largest-scale humanitarian aid action in the history of Hungary is under way, and the Hungarian Defence Forces have an important role in it. We would not like Transcarpathia to become a theatre of war, so we continue to insist that our country should not supply lethal military equipment to Ukraine, and as the need arises, we continue the treatment and rehabilitation of wounded Ukrainian soldiers in Hungary, said the minister. He added that the most important goal is to bring about peace as soon as possible.

Moldova is a declaredly neutral country, and its energy security depends 100 per cent on the supplies of Russian oil and gas, thus it does not support the European sanctions policy. As a member of the European Union and NATO, Hungary supports the sanctions policy, but due to its exposure, it is against the introduction of sanctions affecting the energy sector. 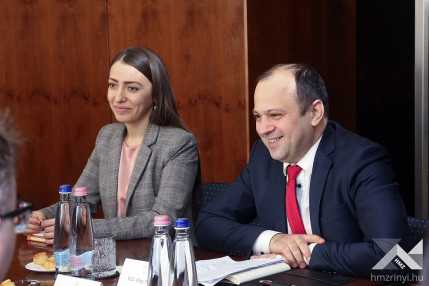 Oleg Tulea asked for Hungary’s support in the framework of the European Union concerning Moldova’s participation in logistic and cyber defence capacity building projects. Besides, he indicated that they see the support given by EU countries, including Hungary for the reception, accommodation, lodging and catering of refugees, and said that he had experienced that our country was able to give a quick response to the challenges. Thanks to the cooperative efforts by the government and the Hungarian Defence Forces, the aid organizations, the churches and the population, those arriving from Ukraine receive support at humanitarian aid points.

Ambassador Oleg Tulea pointed out that relative to its population, of all countries, Moldova is the one most affected by the mass influx of refugees from Ukraine. The ambassador noted that since the outbreak of the war, nearly 400,000 Ukrainian refugees have arrived in Moldova, and a quarter of them are currently staying inside the country’s borders. Almost half of the 100,000 people remaining in the country are children.

“We deeply sympathize with Moldova concerning the Ukrainian refugee crisis, because the Republic of Moldova also bears a great responsibility and burden in this extraordinary situation”, said the minister of defence at the meeting.

Both sides agreed that the 30-year military diplomatic relations between Moldova and Hungary must be further strengthened. They expressed their agreement that both sides are open to developing the already existing cooperation in the field of military remembrance and war grave care, and they will continue to hold coordination meetings in the topic.