Tribute to the common past

The memorial to Austro-Hungarian troops in Gallipoli Peninsula Historical National Park, Canakkale, Turkey pays tribute to the common past of Hungary and Turkey, said Defence Minister Kristóf Szalay-Bobrovniczky on Tuesday, 25 October, on the occasion of unveiling – together with Turkish Minister of National Defence Hulusi Akar – a monument to those Austro-Hungarian artillerymen who had fought in defence of the Dardanelles during the First World War. 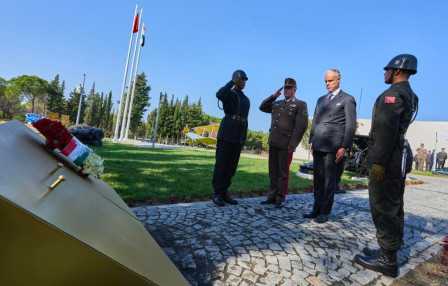 In his speech, Kristóf Szalay-Bobrovniczky highlighted that all warring nations have some places that became the venues of decisive battles, and are raised among the national memorial sites through the courage, self-sacrifice and personal dedication exhibited there. Prominent among these are the venues of the gigantic battles of the First World War. The fights fought at these venues forced the belligerent troops here to make the greatest deal of effort, while the modern weapons inflicted never-before seen losses in their ranks.

The minister added that Gallipoli, too, is a venue of a battle where the Turkish soldiers had been heroically fighting an opponent that had the same courage and determination, but vastly superior equipment. In this situation, the Austro-Hungarian Monarchy provided assistance by deploying artillery batteries in support of the Turkish army. A number of Hungarian troops serving with these artillery units arrived here, too, and fought on the side of the Turkish troops. 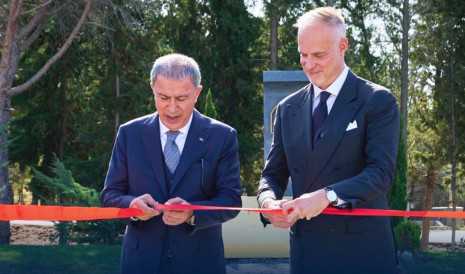 Kristóf Szalay-Bobrovniczky pointed out that the memorial is not only a tribute to this fight of camaraderie, but also reminds us of those historical fights which time has resolved into reconciliation and mutual respect. It is a memento of the long-lasting coexistence of the Hungarian and Turkish peoples, of our intertwined history, and also of the fact that the unconditional respect for soldier heroes and courage connects the two nations.

“This memorial, which has been created as the result of a project launched on the initiative of the Hungarian Ministry of Defence, is a tribute to our soldiers’ courage, and its site is a salute to our common past – which at once further strengthens the present-day cooperation between the two countries”, said the Minister of Defence. 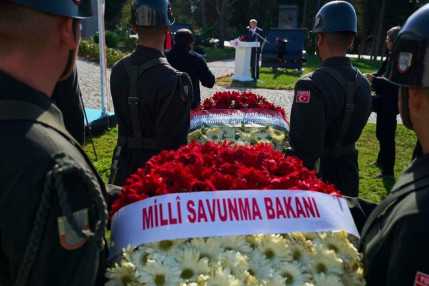 In his speech delivered at the ceremony, the Turkish Minister of National Defence pointed out that this memorial is also a symbol of the idea that we need to join forces to be able to overcome all obstacles in history and in the present as well. Hulusi Akar called the ongoing cooperation between the two countries active, deemed his discussions with Kristóf Szalay-Bobrovniczky useful and fruitful, and called for further cooperation in fields other than defence, such as economy and culture. 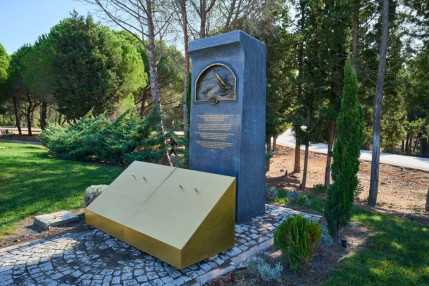 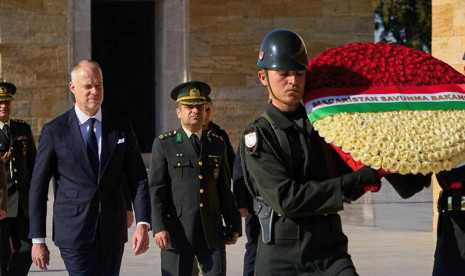 Turkey is an important strategic partner of Hungary