Continuing work in a NATO position

Dr. Gergely Németh, Deputy State Secretary for Defence Policy of the Ministry of Defence continues his work in the field of defence policy, but already in a NATO position. 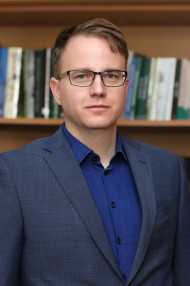 Dr. Gergely Németh has performed his duties as deputy state secretary for defence policy in the Ministry of Defence since 2019. His transfer to a new NATO position had already been decided in last December, but due to the Russo-Ukrainian war, it was postponed for some months The process of transferring the deputy state secretary to perform his new duty involves the removal from his current position, which was published in Magyar Közlöny (Hungarian Gazette) on 31 March 2022. In his NATO position, Dr. Gergely Németh is going to be assigned leadership tasks concerning defence policy and strategic analysis, in accordance with his work and specialization up to now.

The filling of this position has been planned, and accordingly, the person to replace him has been prepared, so the performance of the deputy state secretary’s duties is fully continuous and ensured in the Ministry of Defence.

Dr. Gergely Németh has been working in the field of national defence since 2007. He started his career at the Military Intelligence Bureau, and subsequently filled various positions in the HDF Defence Staff and from 2010 in the Ministry of Defence in the fields of force development and NATO–EU cooperation. Between 2013 and 2017, the was the Hungarian representative appointed to the NATO Defence Policy and Planning Committee (DPPC).

The leaders of the Ministry of Defence thank Dr. Gergely Németh for his dedicated and responsible work done in the interest of the defence sphere. With the termination of his foreign duty, he will assist the ministry’s work again through his knowledge and experience gained abroad.