On 1 April, a change of command ceremony was held in the United States of America in honor of retiring General Kenneth F. McKenzie. Major General Zsolt Sándor, Deputy Commander, Hungarian Defence Forces took this occasion to travel to Washington for a dayslong visit, during which he had discussions with Hungary’s ambassador to Washington Szabolcs Takács, Brigadier General Dr. László Szegő, Rear Admiral Tim Henry and General Philippe Lavigne as well. 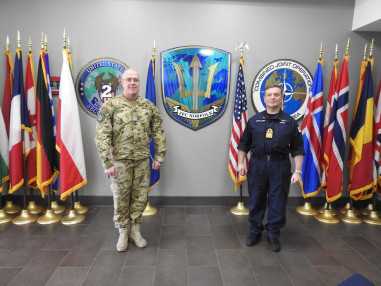 “U.S. Central Command will continue to thrive under the steadfast leadership of General Kurilla during a critical time in a region that remains dangerous and complex,” said the Secretary of Defense, who himself commanded CENTCOM from March 2013 to April 2016.

“I can think of no one better qualified to write CENTCOM’s next chapter than Erik Kurilla,” said General McKenzie, who retired after 42 years of service. 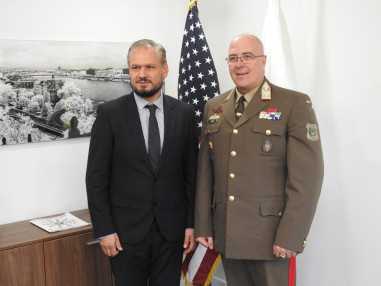 In the days prior to the change of command ceremony, Major General Zsolt Sándor was received by Hungary’s ambassador to Washington Szabolcs Takács. In what followed, the deputy commander met with Brigadier General Dr. László Szegő, Head of the Military Attaché’s Bureau and the specialized diplomatic staff of the Hungarian embassy, with whom he discussed the current situation in Ukraine and the related policy decisions as well as their impact on Hungarian–American relations.

Major General Zsolt Sándor’s visit to Washington ended in the Pentagon, where he discussed the Russo-Ukrainian War, the current task system of the Hungarian Defence Forces and the possible directions of future cooperation with the United States of America.

At their meeting in the USA, the deputy commander of the Hungarian Defence Forces and Rear Admiral Tim Henry, Deputy Commander, Joint Force Command Norfolk reviewed the current and future tasks of the two commands, and also discussed topical issues in military policy. 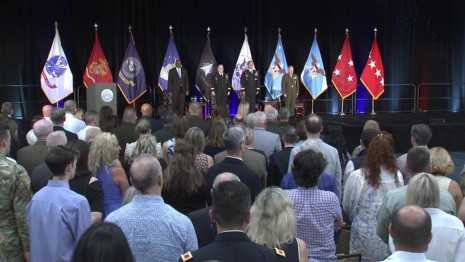 Speaking at a staff meeting of Hungarian soldiers serving in Norfolk, Major General Sándor informed them about the current challenges facing the Hungarian Defence Forces, and also spoke about the so far achieved results of the National Defence and Armed Forces Development Program and the military equipment that is expected to be delivered this year.

As part of the visit, NATO’s Supreme Allied Commander Transformation (SACT) General Philippe Lavigne received the deputy commander of the Hungarian Defence Forces. During their meeting, they coordinated their joint programs, such as Multi-Domain Operations and the digital transformation.