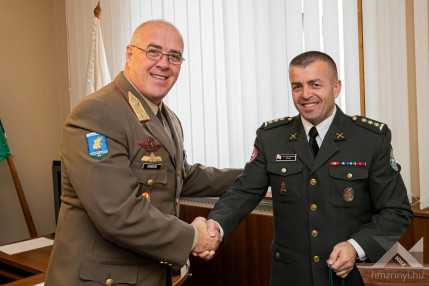 During the meeting, Major General Zsolt Sándor emphasized that Hungary considers it a priority to further Georgia’s Euro-Atlantic integration. Through the NATO Defence Capacity Building Initiative, Hungary is helping Georgia’s aspirations for NATO-integration by providing financial support and delegating experts, while it has been delegating military observers to the European Union Monitoring Mission in Georgia since 2009. These efforts area aimed at observing compliance with the fulfillment of the peace agreement that ended the 2008 conflict, and also at developing the capabilities of the Georgian armed forces to enable their contribution to regional stability.

The development of the two countries’ defence capabilities and the further strengthening of cooperation significantly contribute to preserving peace and security in Europe.