Hungarian Gripens above Estonia as well

Necessitated by the war in Ukraine, safeguarding the airspace of the three NATO ally Baltic countries is more important than ever, and this year’s is already the third occasion when the air force of the Hungarian Defence Forces participates in the Baltic Air Policing mission, this time as a lead nation – this was said at a discussion between Defence Minister Kristóf Szalay-Bobrovniczky and Raul Toomas, Estonia’s ambassador in Budapest on Monday, 21 November. 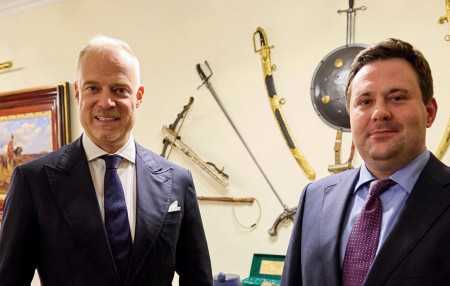 On Monday, 21 November, Estonian ambassador in Budapest Raul Toomas held a discussion with Defence Minister Kristóf Szalay-Bobrovniczky, during which they stated that they both agree on the importance of reinforcing NATO’s eastern flank.

Moreover, defence innovation is another common denominator between the two countries, since Hungary contributes two test centers to the defence innovation initiative launched in NATO’s framework (Defence Innovation Accelerator for the North Atlantic – DIANA), which is hosted, among others, by the Estonians.