Defence Minister Kristóf Szalay-Bobrovniczky recently paid a visit to the Hungarian contingent of the EUFOR mission in Bosnia-Herzegovina. 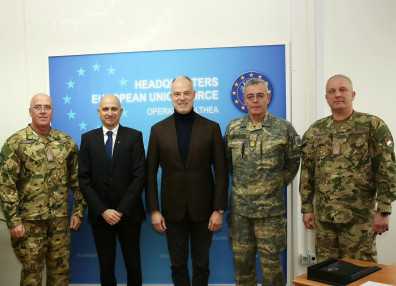 In his speech delivered to the personnel, the Minister of Defence stated that Bosnia-Herzegovina is one of the most significant venues in the history of the Balkans. He called the 1995 Dayton Peace Agreement – which settled the situation of the region – one of the most important geopolitical achievements in the 20th century, adding that its results are protected by the multinational EUFOR Althea mission with Hungarian troops in its ranks. The European Union has been conducting Operation Althea in Bosnia-Herzegovina since 2004, the year when it took on the peacekeeping role of earlier NATO missions. The EUFOR mission is responsible for ensuring continued compliance with the Dayton Peace Agreement, and for maintaining a safe and secure environment, thereby supporting the state of BiH in the process leading toward European integration.

The Minister of Defence pointed out that the Hungarian troops are esteemed members of several multinational missions in the region, for which the Hungarian people and the government of Hungary must owe them respect and thanks. He praised the work they perform in the Western Balkans, on the best-known route of illegal migration, adding that it earned them recognition from the international community as well. He highlighted that they are doing their job in a period when Hungary is being attacked from many sides due to its sovereign foreign policy focused on Hungarian interests.

He reminded his audience that Hungary set out on the road of armed forces development in 2016, and the resulting national military will be able to show deterrent force and be committed to participation in international missions similar to EUFOR in the future as well.

The minister emphasized that the development of the armed forces is on the threshold of a new epoch, since besides procuring NATO compatible equipment and restoring the esteem of the military career path, the Ministry of Defence has by now integrated all the fields involved in national defence. He added that this is an outstanding opportunity because, with the integration of defence industry, the sectors responsible for specific fields rely on each other in forming a combat-worthy national defence force field which already encompasses the security of supply as well. 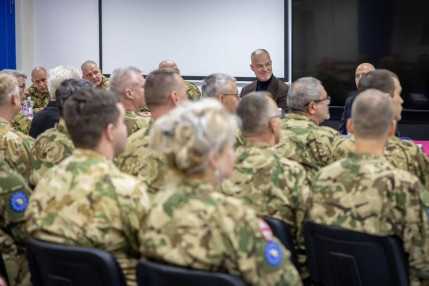