In the course of the week, the Commander of the NATO-led mission KFOR, Major General Ferenc KAJÁRI, met with Mr. Albin KURTI from the Institutions in Kosovo, Mr. Goran RAKIĆ, head of the Serbian List party, and the Mayors of the four northern municipalities of Kosovo. 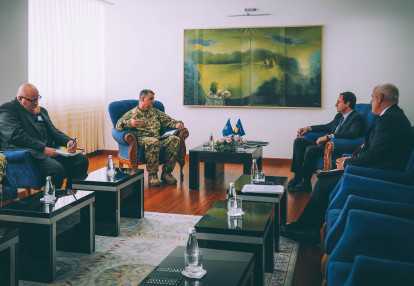 The KFOR Commander discussed the security situation in northern Kosovo and informed the parties about KFOR’s ongoing activities and efforts to continue ensuring security and freedom of movement and prevent any escalation of the situation. General KAJÁRI said that KFOR remains fully focused on the daily implementation of its mandate – based on the United Nations Security Council Resolution 1244 of 1999 – to ensure a safe and secure environment and freedom of movement for all communities in Kosovo. The KFOR Commander, in line with previous statements, made clear that KFOR troops had not been engaged in training activities with the Kosovo Police and the Kosovo Security Forces, as wrongly stated in some media reporting. He also reiterated that KFOR monitored with concern the roadblocks in northern Kosovo on 31 July and recalled the risk for such a tense situation to turn into violent incidents.

KFOR remains impartial and committed to provide the security framework in which the EU-facilitated Dialogue between Belgrade and Pristina can continue. General KAJÁRI urged the parties to avoid unilateral actions, maintain restraint and refrain from violence. 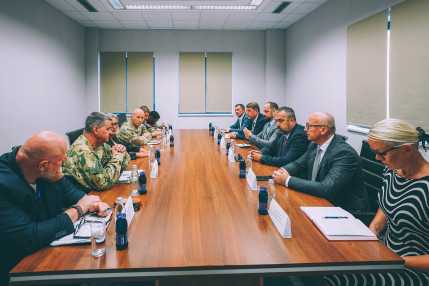 Hungarian skydiving successes in Austria
Another interception above the Baltic Sea