Major General Denis Tretinjak, commander of Headquarters Multinational Division Centre (HQ MND-C) gave a briefing to the Echelon of National Military Representatives of thirty NATO nations, at NATO Allied Command Operations in Belgium, on the establishment and current status of the headquarters. 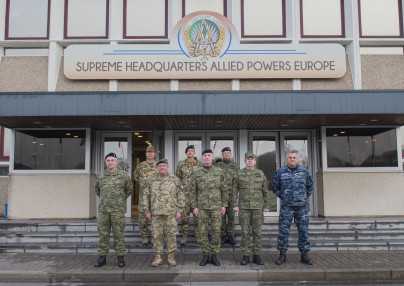 The delegation, led by Major General Tretinjak, also met with Croatian, Hungarian and Slovak national military representatives during the visit.

It is of paramount importance to the commander that NATO members are reported with first-hand information about the mission, tasks, responsibilities and status of the establishment of the organization, soon to be activated as part of the NATO force structure.

The national military representatives had already shown great interest in advance, so – as part of their regular meeting – they could hear an informative report on how the regional concept, established on the Hungarian-Croatian initiative, took shape and reached its current status.

It is a good reflection of the complexity of the presentation and the fact that it covered all the topics in detail, that instead of asking questions, the participants shared their own experiences to support what was said. National seniors also thought unanimously that building a multinational organization was a very challenging task, but, at the same time, responsibility carries higher goals and results.

In the framework of the visit, Major General Tretinjak was officially received by Admiral Joachim Rühle, Chief of Staff of NATO Supreme Headquarters Allied Powers Europe (SHAPE), providing him the opportunity to present the status of the establishment of the command. At the end of the meeting, Admiral Rühle assured the commander of his highest support. 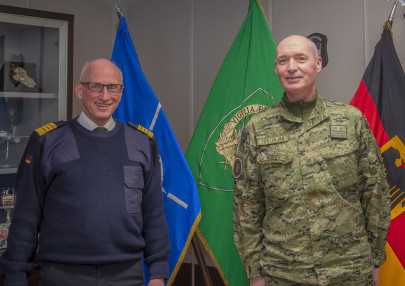