After a multi-year break, the International Air Show and Military Display will be organized again in Kecskemét in 2021. Tens of thousands of people are expected to visit the mass gathering, which is unique in Hungary and Central Europe. 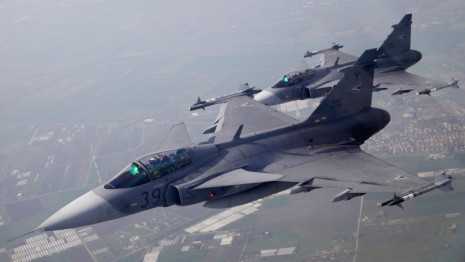 In Hungary the first such event, called International Aerospace and Military Technology Display at that time, was held in August 1990. A special episode of that event was that two MiG-29s of the 14th Guards Fighter Regiment of the Soviet Air Force and two F-16 fighters of the United States Air Force arrived in Kecskemét almost simultaneously. The next air show took place in Taszár on 20th - 21st September 1991, at which several other foreign countries were also represented.

The next air show was held after a five-year-long break, on 24th – 25th May 1997, and since then the event has been hosted by the Kecskemét Air Base. 1998 saw the celebration of the 150th anniversary of the establishment of the Hungarian Defence Forces and the 60th anniversary of Hungarian military aviation. In addition to the Hungarian participants, Harriers, Tornados, F-16s, F-18s, JAS 39 Gripens, and Mirage 2000s were involved in the Jubilee Air Show, where the formation Turkish Stars also demonstrated their mastery.

The first International Air Show of the new millennium took place on 20th - 21st May 2000, with the participation of two aerobatic demonstration teams, the Slovak White Albatrosses and the Italian Frecce Tricolori, but Harriers, Mirage 2000s, and F-16s also came. With the world's largest military air show, the Royal International Air Tattoo (RIAT), cancelled in 2008, Kecskemét became the focus of attention for those interested in aviation. Accordingly, the organizers paid tribute to the 70-year-old Hungarian Air Force and the 160-year-old Hungarian Defence Forces with more spectacular and varied programs than ever before.

Together we are stronger! V4 - cooperation for building the security of our part of Europe
Steel Birds in the Air, Steel Birds on the Ground