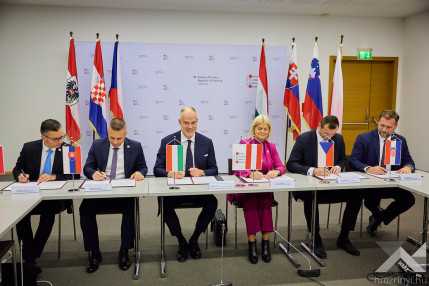 On 1 and 2 December, Federal Minister of Defence of Austria Klaudia Tanner received in Krems the defence ministers of the Central European Defence Cooperation (CEDC) and the Western Balkan states. During a working meeting held with 12 ministers – from Albania, Bosnia-Herzegovina, Kosovo, Croatia, Montenegro, North Macedonia, Poland, Serbia, Slovakia, Slovenia, the Czech Republic and Hungary –, Klaudia Tanner emphasized that stability must be restored and enhanced in the Western Balkans. Further topics on the agenda of the conference included the war in Ukraine, the furthering of regional cooperation and finally the handover of the CEDC presidency to the Czech Republic.

“Austria, which holds the presidency this year, faced special challenges as a result of the war of aggression waged by Russia against Ukraine. It is clear that this war has shaken Europe and all of us. Nevertheless, we must not keep back what is happening in the gateway of Austria. Therefore, our aim was to move from speech to action. We must continue to ensure the resilience and progress in the Western Balkan region, and remain committed to our initiative for the Western Balkans”, said the Federal Minister of Defence.

In the framework of the 2022 CEDC presidency, Austria set the goal of operationalizing defence cooperation through jointly implemented projects. One of these projects is the Western Balkans Defense College, and the proposal made this year about its establishment has already been positively received by the European Union. In the future, the overall visibility of the CEDC must be improved, and in this process, the main emphasis must be laid on the strengthening and integration of the Western Balkans. Next year, the Czech Republic takes over the presidency, and thus it can make a proposal for future cooperation. However, proposals may continue to come from any partner country.

Established in 2010, the security and defence policy platform CEDC brings together six countries – Austria, the Czech Republic, Slovakia, Hungary, Slovenia and Croatia – (Poland participates as an observer state). Their cooperation is based on cultural, historical and economic relations stemming from their geographical location. In this framework, the presiding country of the CEDC is responsible for developing the security and defence policy schedule. In 2023, the current presidency of the CEDC is to be taken over by the Czech Republic.

“We must guarantee the security of our country and the Hungarian people on two sides”, said the Minister of Defence during his visit to Austria. Kristóf Szalay-Bobrovniczky emphasized that Brussels already acknowledges the fact that most illegal migrants arrive on the Western Balkans route. That is also a reason why the Central European Defence Cooperation is important.

“Together with my defence minister counterparts, we signed a declaration in which – in connection with our cooperation with the Western Balkans states – we reaffirm our commitment to curbing illegal migration”, reads the Minister of Defence’s Facebook page. 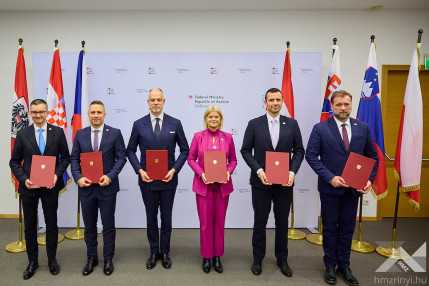 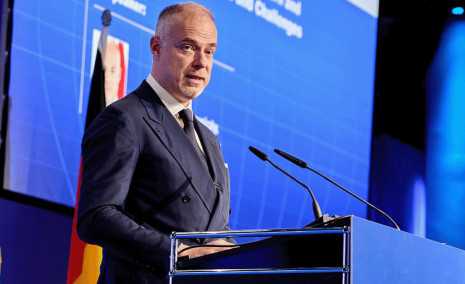